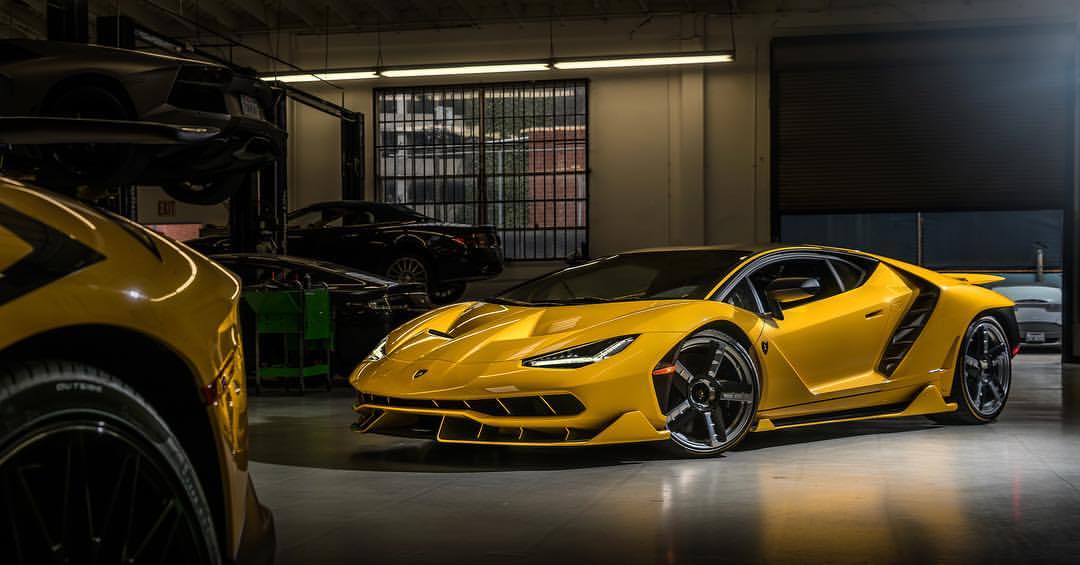 America’s third Lamborghini Centenario coupe has been delivered. A yellow Centenario just arrived at Lamborghini Beverly Hills taking the total number of Centenarios in California to two. In all, 4 coupes are destined for the US.

Earlier this month, two more customers received the keys to their unique Centenario coupes. Instagram user @dan_am_i was the first American customer to take delivery of his rare exotic followed by an unknown private owner in the New Jersey area. The first two Lamborghini Centenarios had an exposed carbon fiber bodywork with blue accents on the first car and red highlights on the other. This one you see here sports a yellow exterior with contrasting black accents. It looks pretty neat, to say the least.

Only 20 Centenario coupes are being built with another 20 units of the roadster. We believe, the fourth Centenario would be on its way soon. We’re looking forward to check it out.