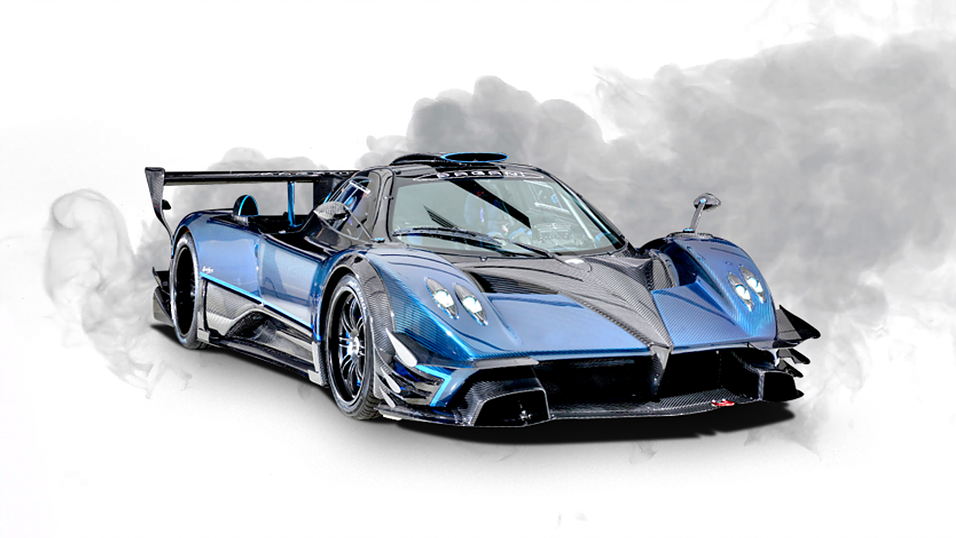 Manufacturers often develop track only versions of their supercars for customers who like their spend their weekends at the race track. McLaren and Ferrari launched the P1 GTR and FXX-K soon after the road cars were released. Even Pagani, despite their low volumes did it with the Zonda. In 2009 they built the absolutely monstrous Zonda R and then updated it later in the form of the Zonda Revolucion. Knight International, a Dubai-based supercar dealer have the aforementioned track cars for sale and all of these cars have delivery mileage. With a dry weight of 1165 kg and total power of 1036 hp, the FXX-K demolishes the already very capable road car it is based on in every performance benchmark. This one of 40 examples is now beyond its resale restriction period put on by Ferrari and is available for either delivery to a private collection or use in Ferrari’s Corse Clienti race programme. Another interesting detail the dealer has specified is that this car can be converted to road use upon request. If you proceed with the conversion, this car will become the first road legal FXX-K which would probably increase its value by another $1.19 million (€ 1 million). Taking the performance of the P1 one step further, the GTR was launched with 986 horsepower by adding another 62 horsepower from the V-8 and a further 20 horsepower from the electric motor. With all the creature comforts stripped out for use on the track, the GTR sheds a further 50 kg (110 pounds). This white example currently residing in the UK can be converted for road use at a cost of £240,000 ($325,000). The Pagani Zonda Revolucion was released in 2013 with an incredible power to weight ratio of 748 hp per tonne. The central monocoque is carbon-titanium, and the whole car weighs only 1070 kg (2,358 pounds) while the engine is the Zonda R’s upgraded 6.0-liter V12 developing 800 horses and 538 lb-ft. Only five Zonda Revolucions have ever been made. There is not much information on this particular example other than the apparent. Finished in a beautiful blue carbon with black detailing, the car looks absolutely breathtaking.

Now, given just the right amount of money to buy one of the three cars, which one would you pick? Would you pick the more analog Zonda Revolucion over the modern hybrid hypercars? Let us know in the comments below.