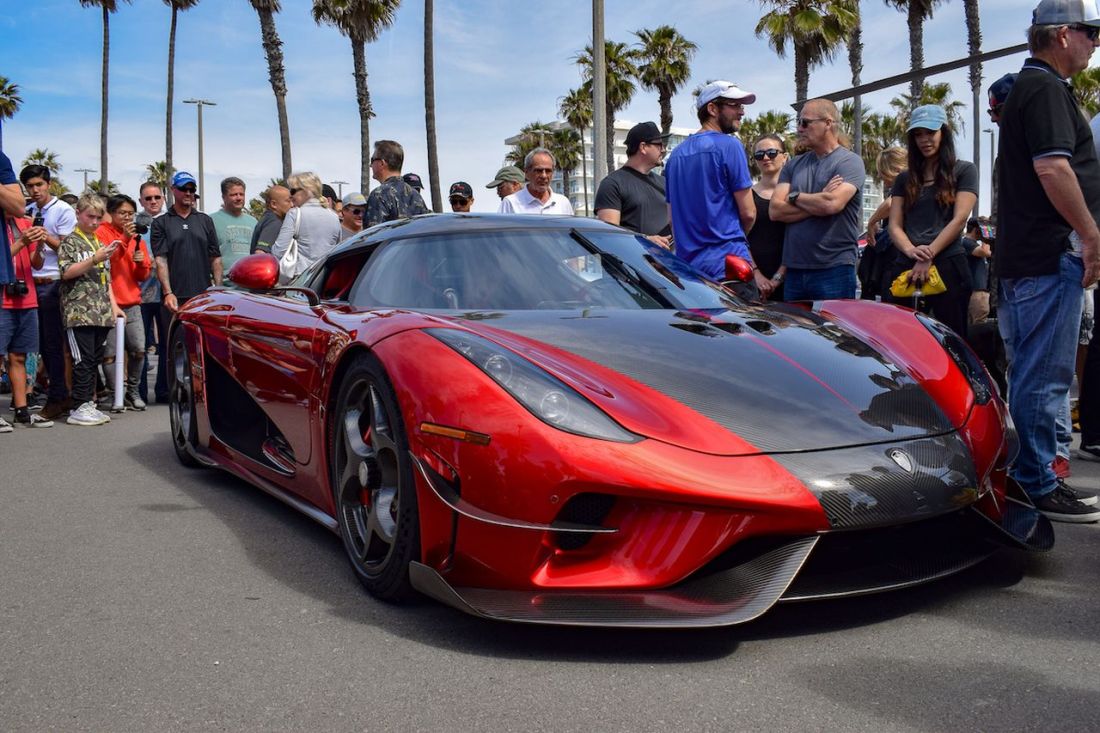 Instagram user @dan_am_i who owns a multitude of hypercars helped organized a charity supercar event named Cars N copters at Huntington Beach, California. He brought his entire garage to the party. With a police escort and an army of flatbeds, Dan brought his Lamborghini Centenario, Pagani Zonda Cinque coupe, Cinque Roadster, Huayra BC and Koenigsegg Agera RS Draken. Koenigsegg took this opportunity to hand over the first Regera to its customer. In case you’re wondering who the lucky owner is, well, it’s Dan.

Cars N Copters turned out be a very successful event with hundreds of supercars and thousands of supercar enthusiasts attending the show.