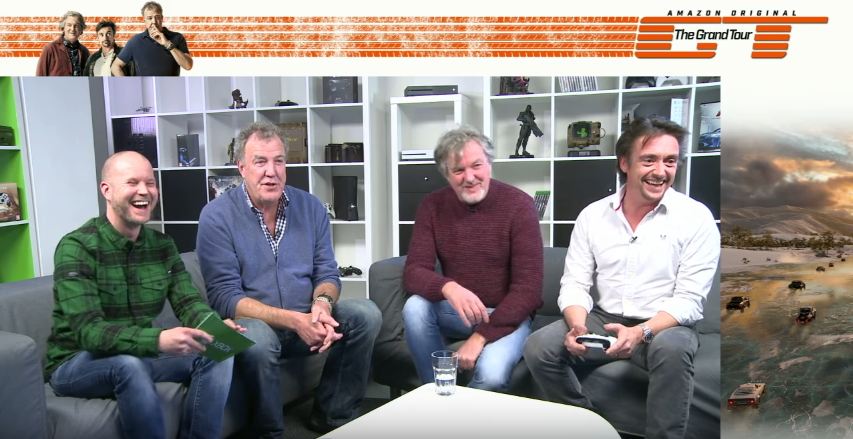 The Grand Tour and Forza Horizon 3 have a lot in common. That’s why Xbox Live hosted Jeremy Clarkson, Richard Hammond and James May on Twitch for a live stream session.

As part of the Game with Fame live stream event, the hosts of The Grand Tour tried to showcase their driving skills in a virtual environment. Richard Hammond who has never played a racing game before was predictably terrible at it. James May, as you might have guessed was quite slow and Clarkson gave it the full beans every single time.

Watch the full recording of the live stream below.

The Grand Tour hosts play Forza Horizon 3 on XBox One: