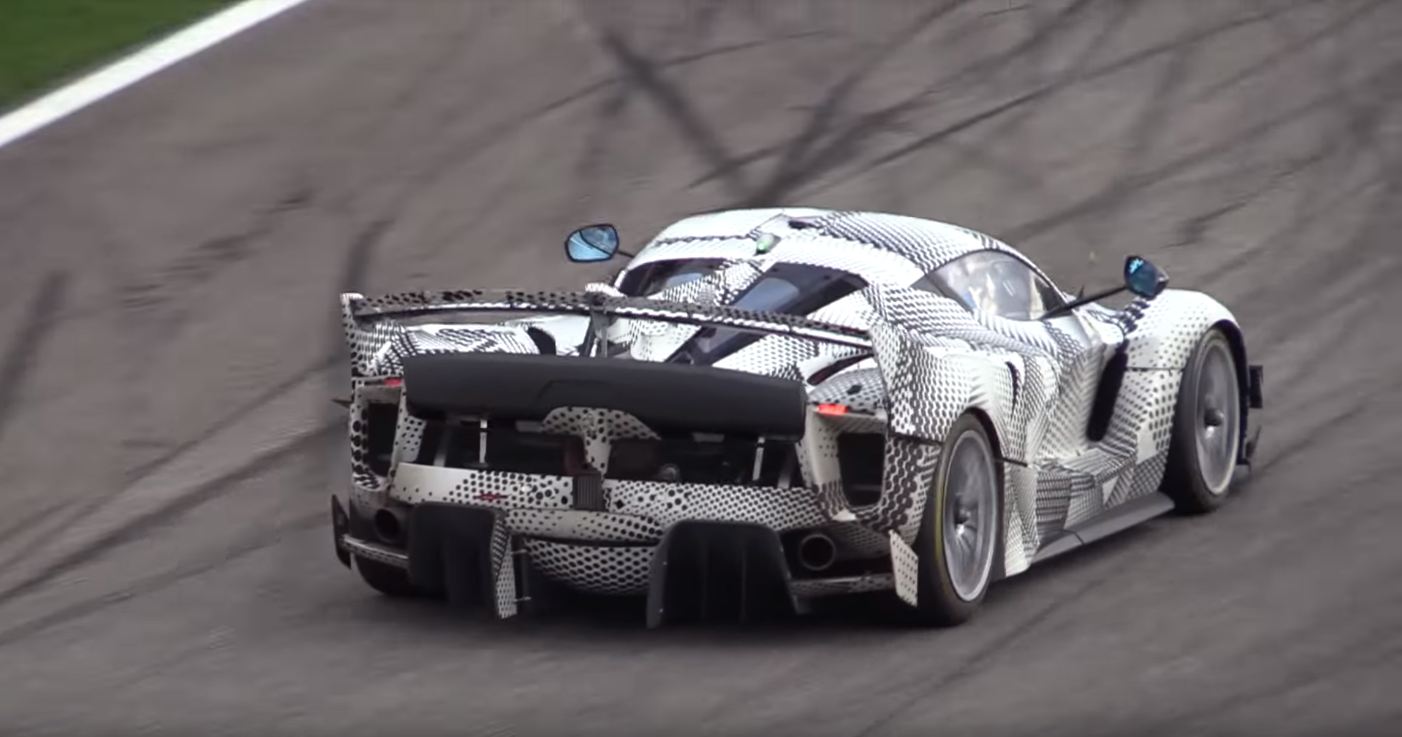 Ferrari is updating its ultimate track weapon – the FXX K. The FXX K Evoluzione is likely to take its place as did the 599XX Evoluzione which evolved from the 599XX.

The upcoming Ferrari FXX K Evoluzione was spotted testing at Monza recently. Although it is wrapped in camouflage some of its intricate aerodynamic bits are clearly visible. The biggest change is the addition of a fixed rear spoiler over the standard active rear wing and an F1-style shark fin. The rear-end looks even more extreme with its humongous vents and diffuser element. The car is likely to get a completely revised aero-package consisting of a new front end as well.

The engine of the highly exclusive track car is expected to be tuned to produce even more power. In its current iteration, the FXX K produces 1036 hp and 664 lb-ft of peak torque. Like the LaFerrari, on which it is based, it too gets a HY-KERS system, albeit tuned for the racetrack. The FXX K Evoluzione might be revealed later this year.