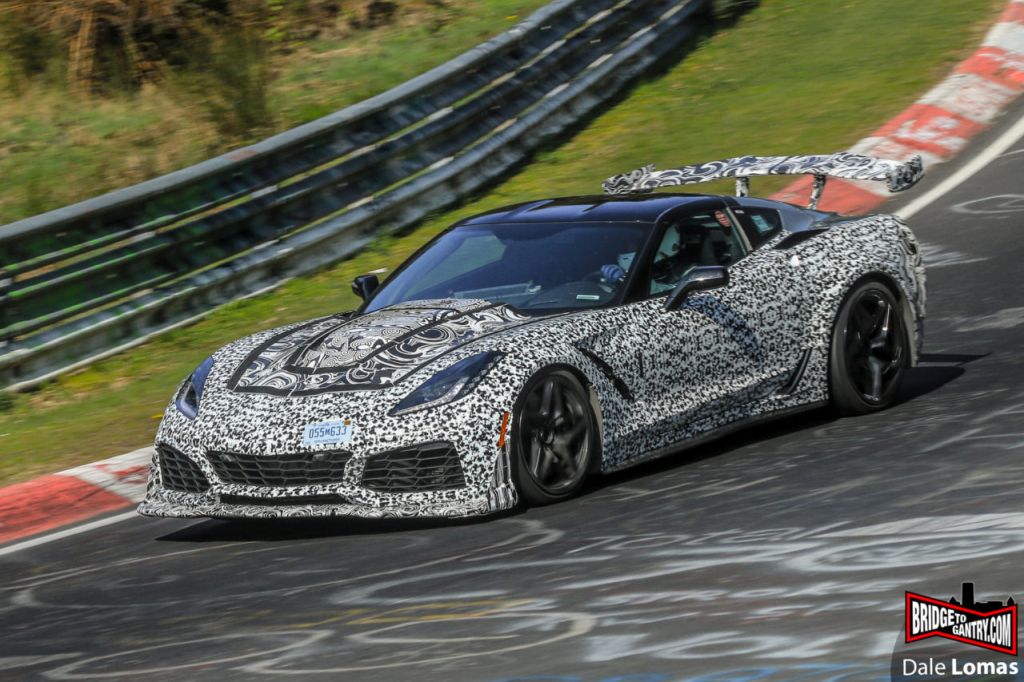 General Motors is putting the final touches on their upcoming Corvette ZR1. What better place to tune the suspension and handing than at the Nurburgring Nordschleife.

Until recently, Corvette ZR1 prototypes seen testing around the US. This is the first time a ZR1 test mule has been spotted at the Nurburgring. Looks like they’re also testing a couple of aero configurations for the ZR1. In the first video you can see a shorter rear wing while in the other test car is fitted with a much more aggressive spoiler.

The 2018 Corvette ZR1 could boast a 700 hp supercharged V8 as per recent estimates. Also, with a bodykit like that, expect it to generate loads of downforce.

With the setup finalized, are we in for a new Nurburgring lap record? Meanwhile, Chevrolet is also testing the Camaro ZL1 1LE at the ‘Ring.

Corvette ZR1 spotted at the Nurburgring: