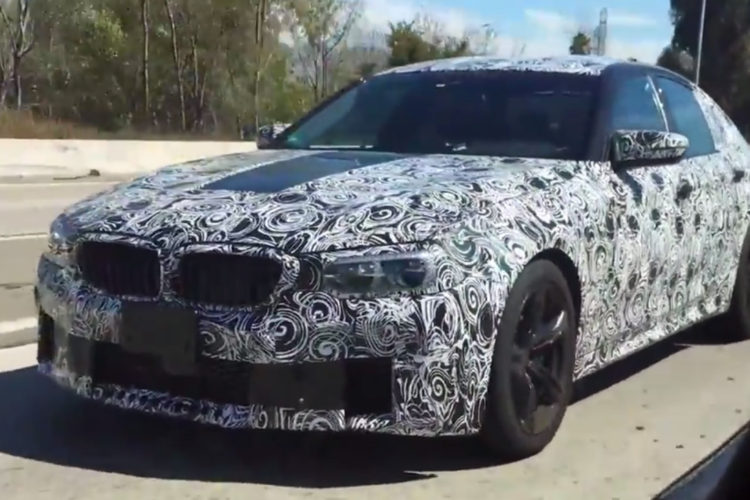 Following the official unveiling in the G30 generation BMW 5 Series, it’s now time for the next-gen BMW M5 to arrive. The 2018 BMW M5 prototypes have been spotted at the Nurburgring but this time an M5 test mule was caught testing on a highway in Los Angeles.

The 2018 BMW M5 will be based off the lightweight G30 gen 5 Series and will retain its 4.4-liter V8 twin-turbo engine. That said, peak output is expect to go up. So, we could be looking at a 600+ hp executive sedan. Also, BMW will launch the next M5 with XDrive- all-wheel drive. That said, it is expected to be a more rear-biased system in order to replicate the M5’s character that we all prefer.

We published leaked CAD renderings of the next BMW M5. Do check it out by following the link.