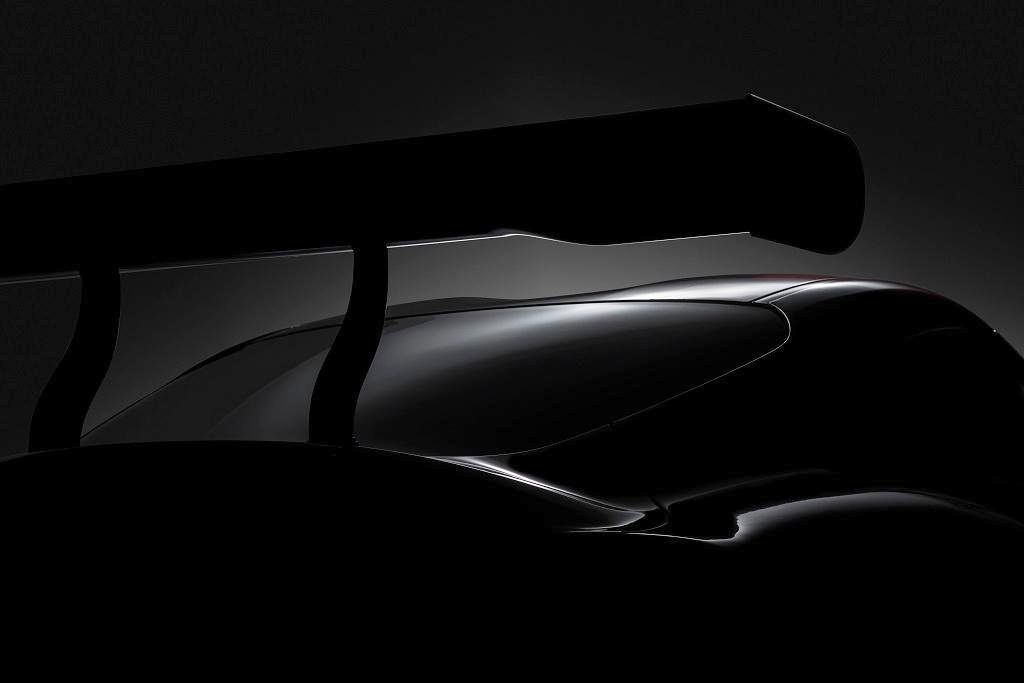 Toyota has released the first official teaser image of the upcoming Supra racing concept. The image first popped up Toyota GB’s twitter and was later shared by Toyota USA with some more information.

According to Toyota USA, another pre-production concept will be revealed at the 2018 Geneva Motor Show next month. This means, we still have to wait for the actual production car to arrive.

THE LEGEND RETURNS
At the 2018 Geneva Motor Show, a modern racing concept signals Toyota’s commitment to bring back to market its most iconic sports car. Get the full scoop on March 6th at 3:45 a.m. EST pic.twitter.com/VcDzmPc9DA

The teaser image suggests that the Supra racing concept will have a large fixed rear spoiler and a double-bubble roof like the original Toyota FT-1 concept.

The new Supra is being developed jointly with BMW. It will share its underpinnings with the upcoming BMW Z4. That said, unlike the Z4, it will have a hard-top. Both cars are likely to share the same engine, drivetrain and suspension, albeit with bespoke tunes and setups. Customers can expect a range of engine choices including turbocharged 4 and 6-cylinder units mated to dual-clutch transmissions.