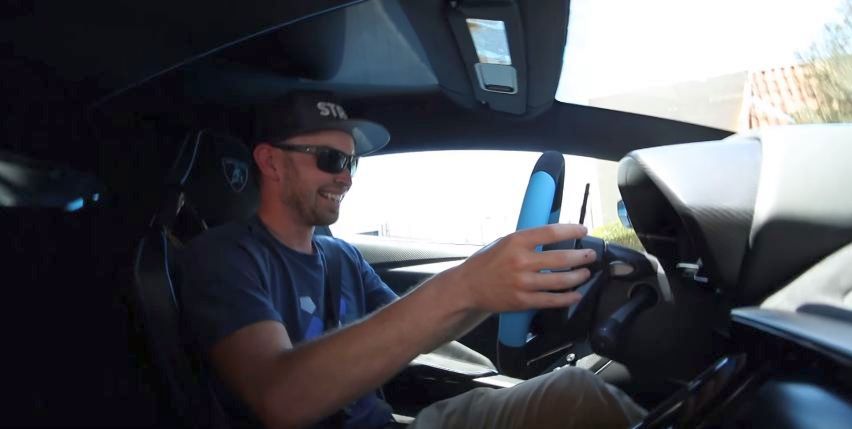 Days after @hawaiibrad took delivery of his Blue Cepheus Lamborghini Centenario, he got pulled over by Beverly Hills police.

Luckily, he was let off with just a warning. But real lucky dude that day was Youtuber The Stradman who got to drive the $2.5 million Centenario. The Stradman owns a Lamborghini himself but he had never had the opportunity to drive a million dollar supercar. The Youtuber was tagging along filming @hawaiibrad and his mates take over Beverly Hills.

The Stradman drives a Lamborghini Centenario: