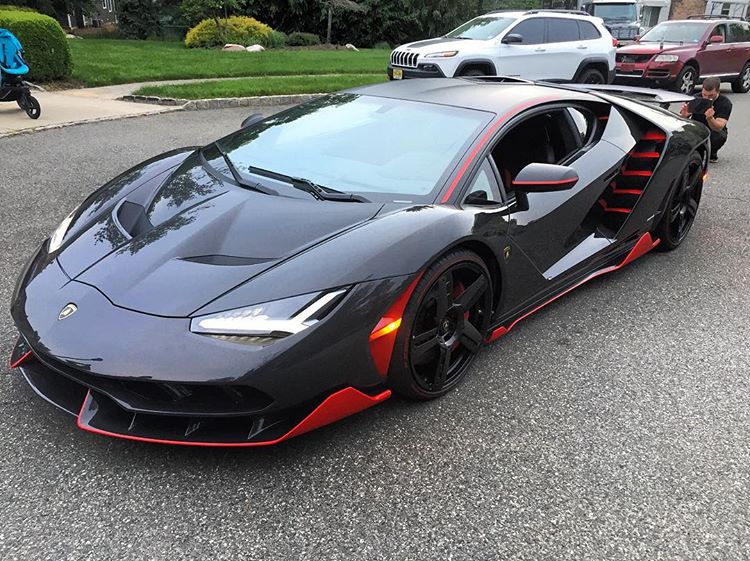 Last week we brought you images of the first Lamborghini Centenario in the US. It is one of just four destined for the US and this week the second Centenario just arrived.

The car was arrived at Lamborghini Paramus in New Jersey who then delivered it to its owner. The identity of the owner is unknown at this point of time. The spec on this Centenario is unique with exposed carbon and red accents. First Centenario in the US owned by @dan_am_i has blue highlights and has been the talk of the town in southern California.

That said, we hope the mystery owner of the recently delivered Centenario brings it out at public events and drives it regularly instead of storing it in an air-conditioned garage. A total of four Centenarios are destined for the US. What would be the spec on the other two that are yet to arrive in the country? We can’t wait to find out.