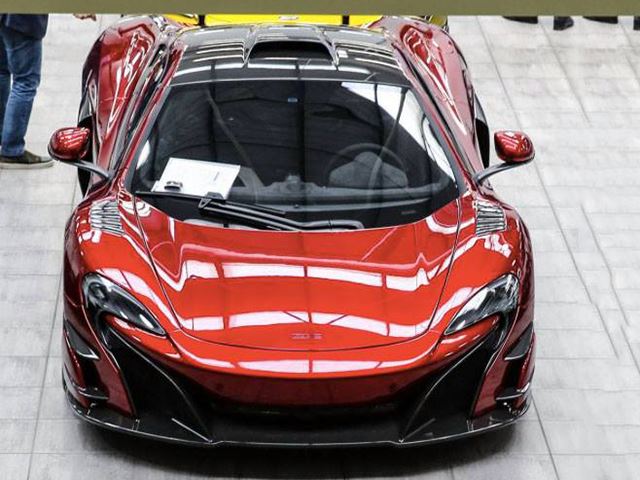 It is an iteration of the 675 LT but will be made is very limited numbers. Also, McLaren has been very picky about who would get to own the 688 HS. Apparently, only those customers who have been associated with McLaren Special Operations (MSO) before will get the chance to own one of these. Just 25 cars will be built and all of them have already found a buyer.

So, what is the 688 HS. Well, ‘HS’ stands of High Sport and it is based on the 675 LT which means it shares the same 3.8-liter twin-turbo V8 engine as the LT. However, peak power is up by 13 hp and on the outside, the active rear wing has been replaced with a massive fixture that looks it was borrowed from the 650S GT3 race car.

Apart from the spoiler, the McLaren 688 HS also sports a reworked aero on the front which includes additional dive plains and a roof scoop. The bare carbon fiber hood, roof, front splitter and rear diffuser along with the aggressive rear wing give the car a rather sporty look.