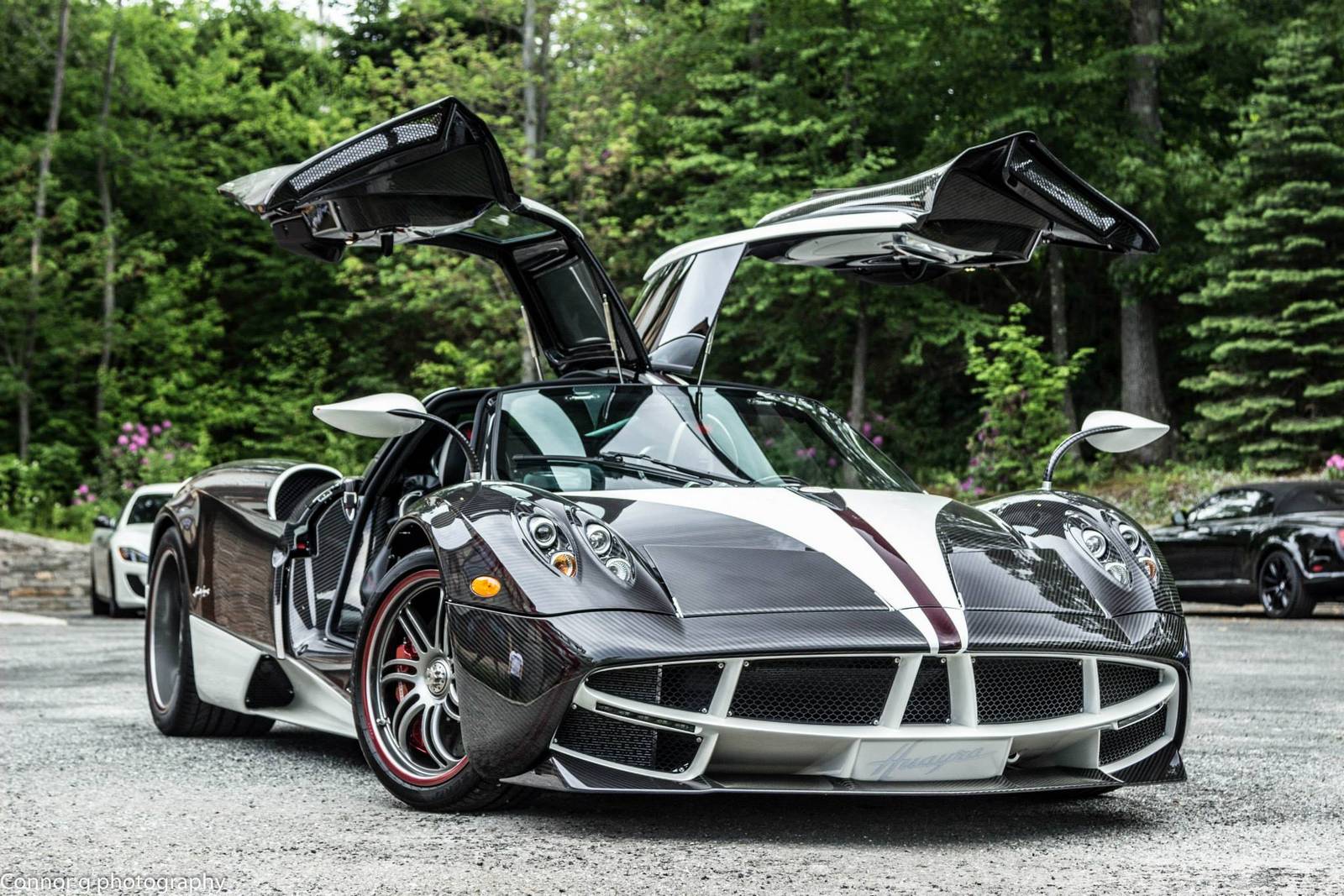 White has been used extensively creating a dual-tone Huayra with gloss carbon fiber exterior panels. The front bumper, side skirts, mirrors, rear decklid, A pillar and C-pillar along with the tail lamp cluster are finished in cream white. The interior is a combination of carbon fiber and leather following the same white-black exterior theme.

Unwrap the unique paint scheme and underneath is the same 6.0-liter twin-turbo V12 built by AMG specially for Pagani. The engine makes 720 hp of peak horsepower and 740 lb-ft of torque mated to a 7-speed gearbox. We still don’t know who the lucky owner is, but we hope to find it out soon.