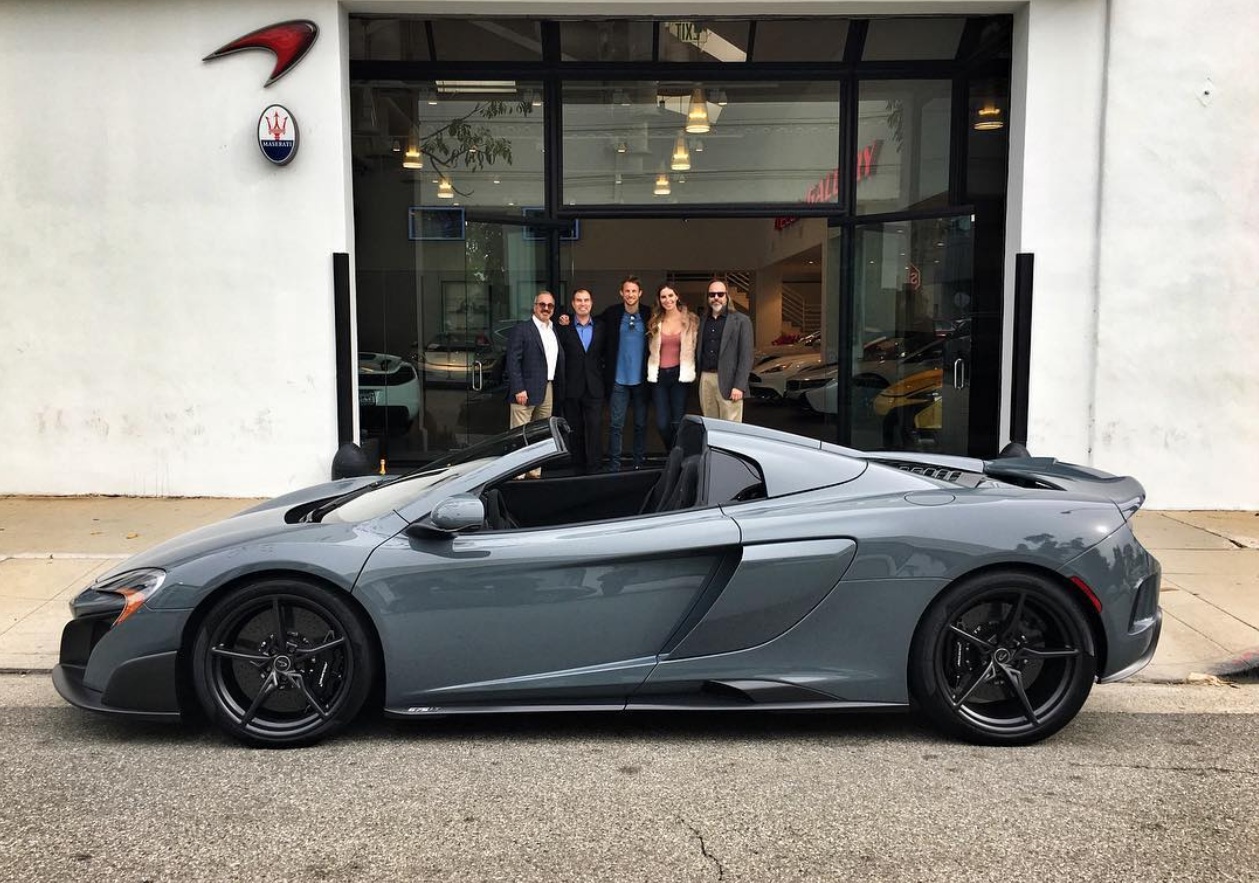 The 37 year old driver quit F1 at the end of the 2016 season. In his final years with the sport, Jenson was driving for McLaren-Honda. He has owned a couple of McLaren supercars in the past, including an MP4-12C and a 650S. The British racing legend also owns a McLaren P1 which is usually parked up in Monaco.

His new McLaren 675LT Spider will remain in the US and will reserved for personal use whenever he pops over across the Atlantic.

The McLaren 675LT Spider by MSO is powered by a 666 hp twin-turbo V8 which kicks out 516 lb-ft of torque. The exterior of Jenson’s car is finished in solid grey with black rims and trim pieces to match.