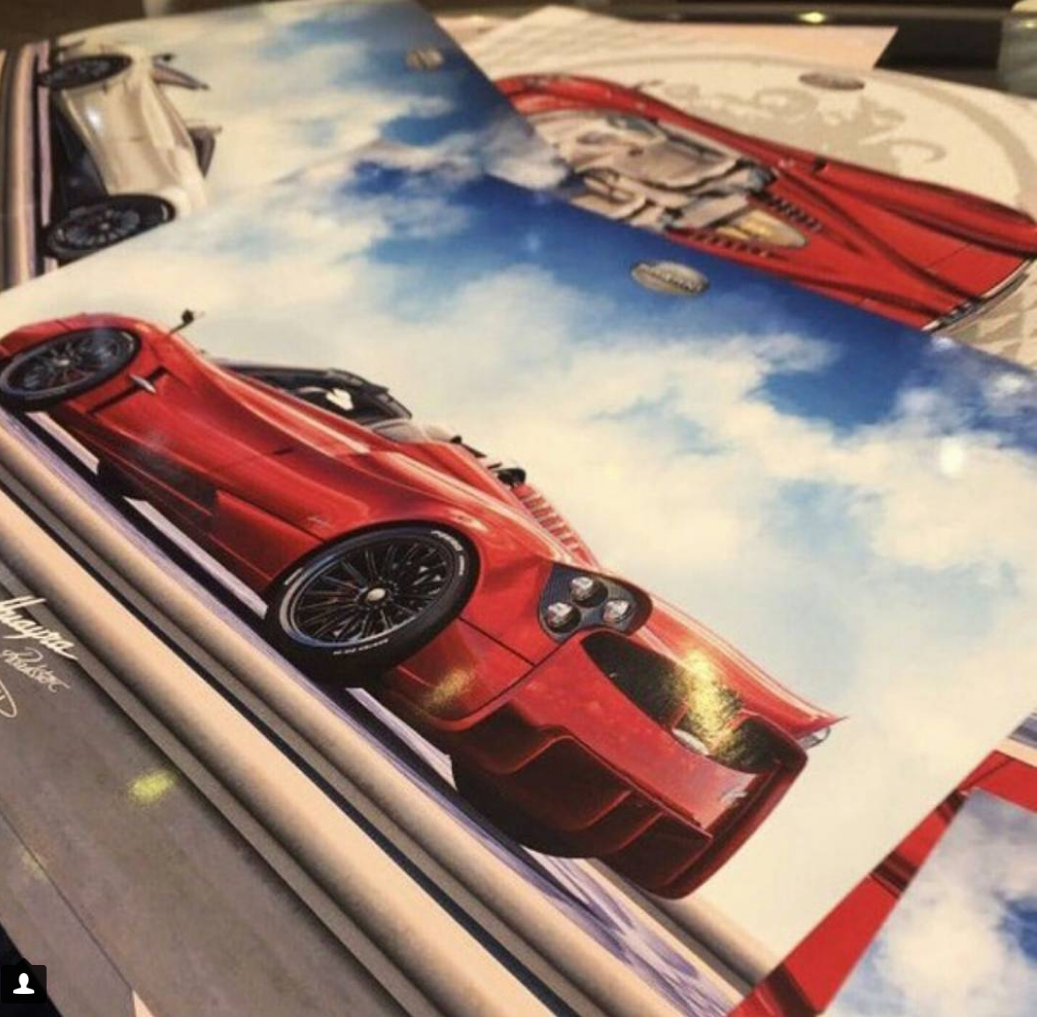 Italian supercar makers Pagani are set to launch the Huayra Roadster in three months time. The new supercar will be revealed to the public at the 2017 Geneva Motor Show.

Prototypes of the Huayra Roadster have already been spotted. But, today we will reveal a few more details courtesy of a leaked image. Meanwhile, back at Pagani, the marketing team has kicked off the teaser campaign leading up to the launch. So, along with the leaked photo we also have an official teaser image of the Huayra Roadster.

The official teaser reveals just the nose of the car. What’s more interesting is the image acquired by GTSpirit which shows the rear-view of the Roadster in adequate detail.

It is thus clear from the image that the Huayra Roadster will feature a tweaked aerodynamic package. It consists of a revised diffuser along with a tail lamp cluster surround designed to add downforce. Like the coupe, the Roadster too will feature active flaps on the front and rear with a more pronounced splitter.

Moreover, powering the beast will be the same twin-turbo V12 engine built by AMG. Final performance figures however are still awaited.