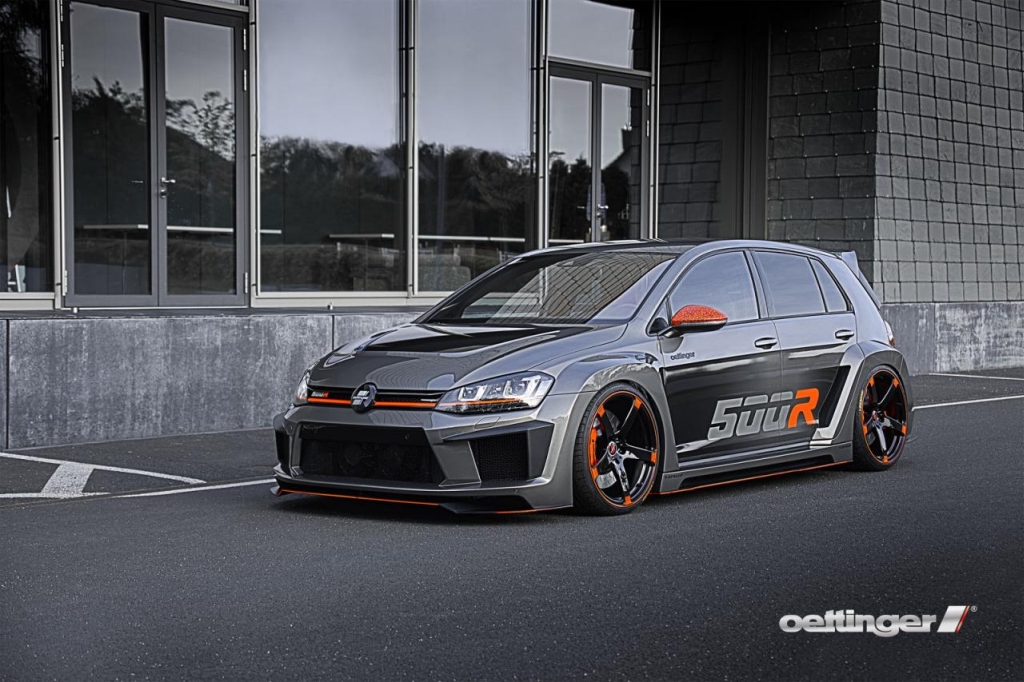 Oettinger Sportsystems from Germany have unveiled an immensely powerful version of the VW Golf Mark VII at Worthersee 2015. It is called the VW Golf R500 and that’s clue to how much power it packs. It uses the same engine as the Audi TT Clubsport Turbo Concept that was revealed yesterday, albeit without the electric turbines for boost. Oettinger has gone with a conventional turbocharger for the 2.5-liter TFSI engine. Forged pistons and a reprogrammed ECU, new air intake, improved cooling and a sports exhaust means output increases to 518 hp and 501 lb-ft of torque. The company has not revealed the price for this tune setup, however they do claim exciting performance figures for the VW Golf R500. 0-60 mph sprint is done in 3.4 sec and the tuner hatchback can accelerate right up to 186 mph top speed. The car has been given an equally eye-popping exterior with wide wheel arches housing ATS forged wheels and a stealth grey paint scheme. 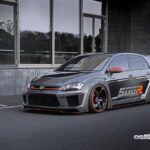 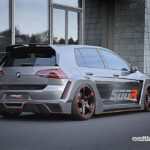 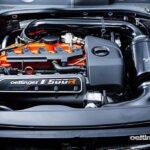 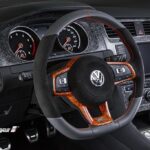 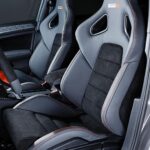 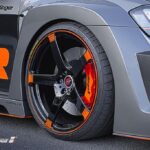