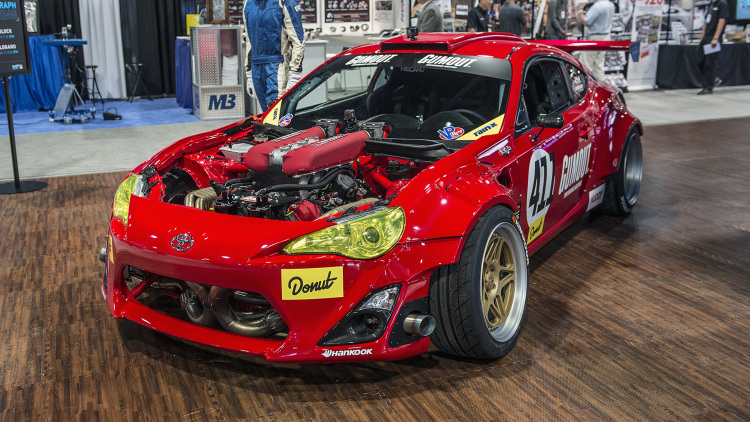 Ryan Tuerck’s Toyota GT4586 was a dream project which was finished just in time for the 2016 SEMA show. The highlight of the car is the front-mounted Ferrari 458 engine. After numerous late nights and a lot of complex fabrication work later, the GT4586 was ready for the bid day.

Vibrant Performance TV caught up with Ryan Tuerck and asked the one question we all had on our minds. How much does a Ferrari 458 engine cost?

Well, the engine was sourced from California and comes from a wrecked Ferrari 458. After a bit of hassling he bought the engine for $42,000. That said, the GT4586 has numerous custom fabricated parts on it, including the delicious looking headers.

How much does a Ferrari 458 engine cost?