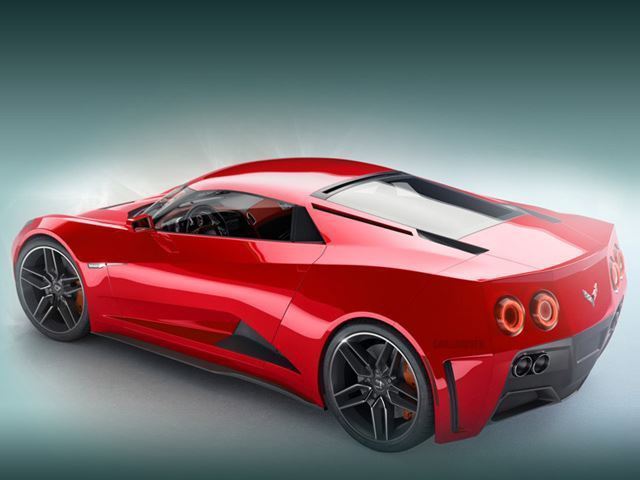 Car and Driver has dug up some information about the Corvette C7 replacement. The much rumored mid engine Corvette C8 could well be on its way as early as 2018.

According to an “impeccable” source, the MY2019 C8 Chevy Corvette will debut at the 2018 Detroit Auto Show. We can expect to see a revised version of the pushrod V8 that powers the C7 Corvette making around 500 hp. However, the main difference will be the mid-engine layout that might put off some Corvette purists.

Having said that, The current C7 Corvette will be in production at least for the next two years. Also, General Motors does have huge send off planned for the C7. It looks like a C7 Corvette ZR1 with a major boost in performance over the Z06 is in the pipeline. So, if you don’t fancy a mid-engine Corvette, this is the one to have. According to the source, the ZR1 will debut at the 2017 Detroit Auto Show.

With the new mid engine Corvette C8, GM has the big boys Ferrari and McLaren in sight. The present generation Corvette offers supercar levels of performance and is pretty close to its European rivals in terms of sophistication. The C8 promises to close down the gap even further.

Furthermore, GM is also believed to be working on a hybrid version, dubbed E-Ray Corvette with electric motors powering the front axle. It should be around by the end of the decade, however we will see a 4-cam 32-valve V8 version of the C8 by 2019.