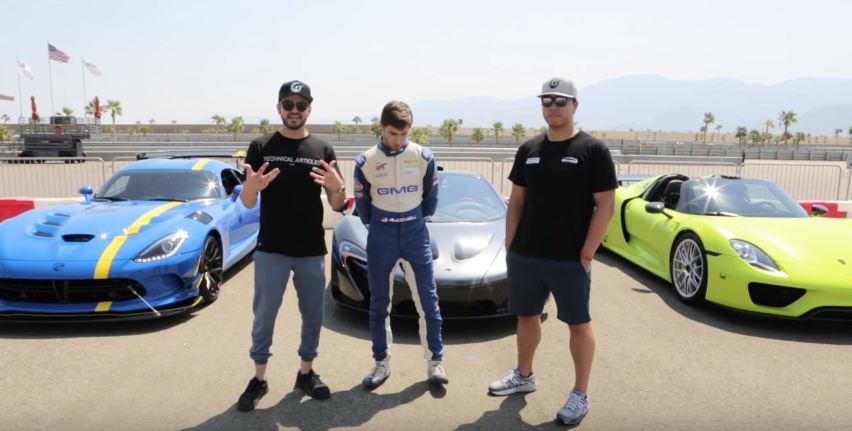 If anyone in this world is able to pit a McLaren P1 vs Porsche 918 for a track battle, it has to be Salomondrin. None of the manufacturers are willing to compare their cars head-to-head with their rivals. So, it’s rare to see these cars gunning for lap times and ultimate glory.

Salomondrin, as always, was able to get the two together and throw in a bit of American muscle just for good measure- that would be the Dodge Viper ACR.

So, which car do you think will be the fastest around Thermal? Both the P1 and 918 Spyder are on the stickier Pirelli Trofeo R tires, but only one of them has all-wheel drive. Secondly, the Viper, despite being down on power compared to the hypercars is aided by a tonne of downforce.