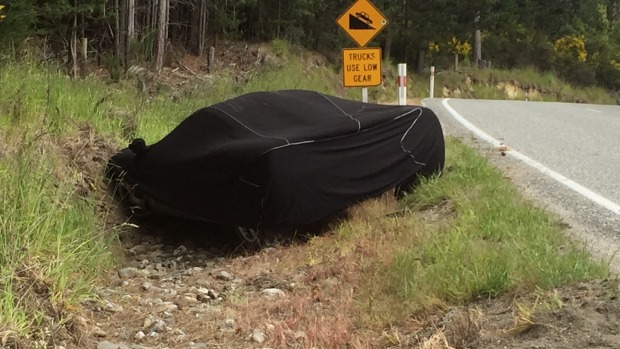 A 1994 McLaren F1 crashed in New Zealand during a supercar event organized by McLaren Automotive Asia Pacific. The multi-million dollar supercar owned by 65 year old Australian was part of a group of 30 McLaren exotics that were present for the event.

The driver lost control of the 627 hp McLaren F1 and crashed into a roadside ditch. Excessive use of the throttle could be a reason for the crash, given the tire marks left on the road. That said, the drive has been charged for careless driving and will be appearing at Queenstown District Court on Monday, according to Sergeant Blair Duffy.

This is not the first reported crash of a McLaren F1 by any means. The most high-profile incident reported involved Rowan Atkinson or “Mr. Bean” who crashed his burgundy McLaren F1 in a similar fashion. The damage to his car was quite extensive though.