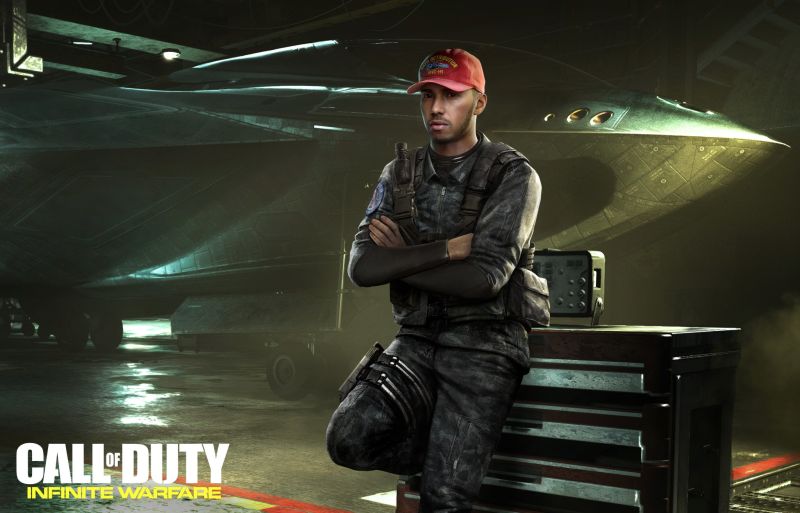 Reigning F1 Champion Lewis Hamilton will make an appearance in the latest Call of Duty game. The British F1 star joins a list of other distinguished celebrities who have previously featured in the first-person shooter.

Call of Duty: Infinite Warfare will be released to the public on November 4. Lewis Hamilton will be one of the characters in the game. The F1 racer has been working closely with Activision- the makers of the Call of Duty.

It’s awesome to think I’ll be a character in @callofduty! Be sure to check out #InfiniteWarfare this November! 🙌🏾🚀☄#ambassador pic.twitter.com/HDoE8tpqTU

When he is not hunting down his team mate Nico Rosberg on track, Lewis has been busy recording sound clips and facial expressions- according to French television network M6. Hamilton was caught saying, “Captain, news reports coming on about the gateway if you want to join us,” at a recording studio.