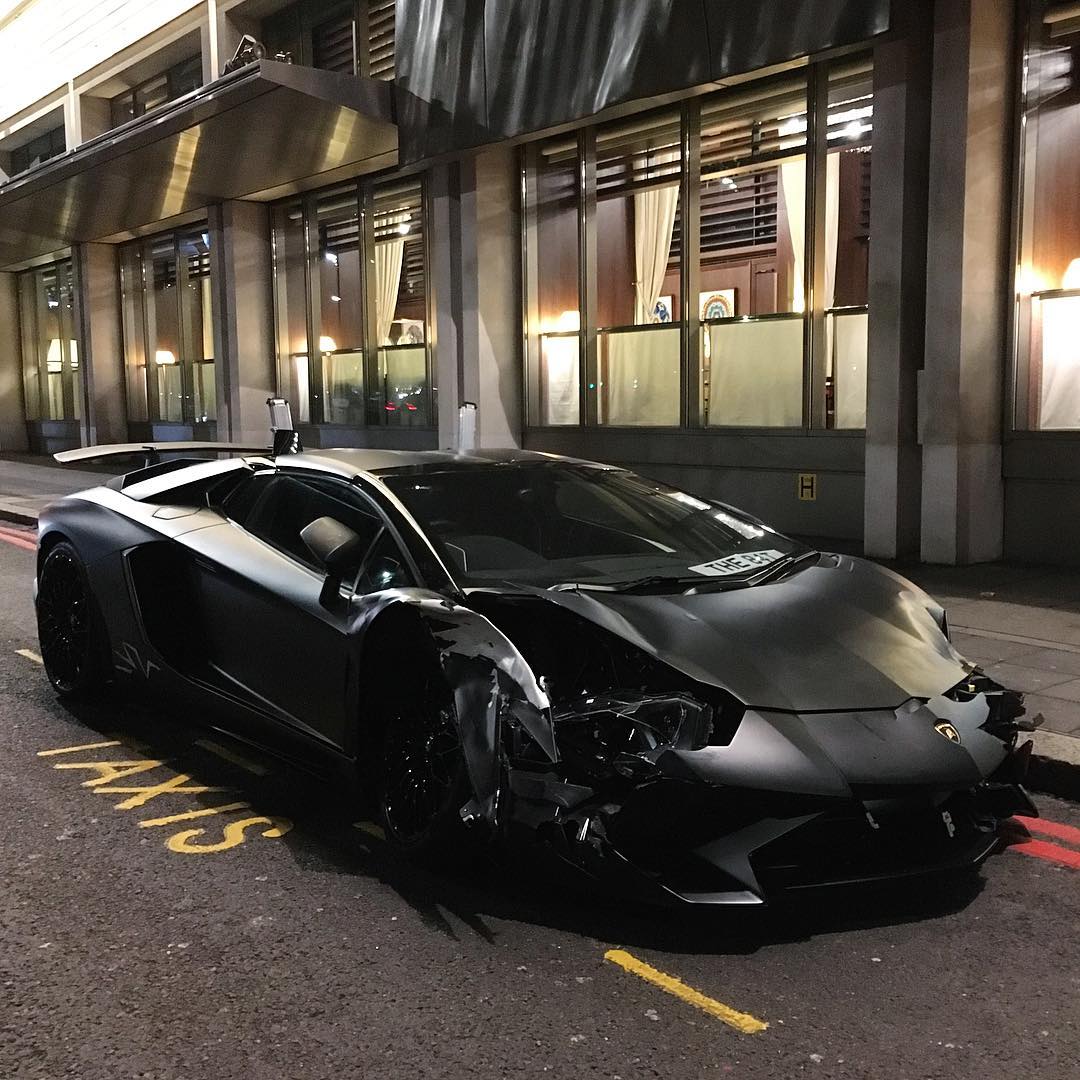 A youngster crashed a Lamborghini Aventador SV in London late last night. According to a report published in The Sun, the Lamborghini was being driven by a young asian guy who was earlier spotted in the area in his expensive supercar.

Eyewitness accounts suggest that the person was driving the Lamborghini at brisk pace and was even seen racing another Lamborghini.

The matte-black Aventador SV Roadster was travelling at a high rate of speed on Park Lane in central London. That’s when the driver lost control and plowed into a Mercedes-Benz S-Class and a Vauxhall Astra. The impact was so violent that the roll-over bars on the Aventador were triggered.

There were no reported injuries even though the two other cars involved in the accident sustained quite a lot of damage.