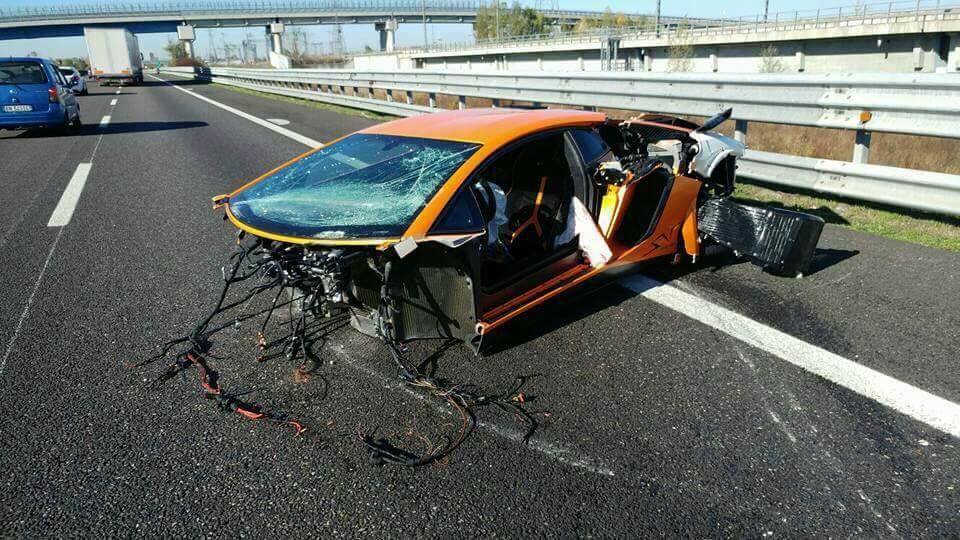 A Lamborghini Aventador SV crashed on a motorway in Italy last week. The accident took place near the town of Parma. Details of the crash are scarce, however from the images acquired by GTSpirit, it looks like the the supercar was being driven at a high rate of speed before it crashed. The driver of the half a million dollar Lamborghini supercar seems to have lost control and hit the barrier with so much force that the front end got ripped off completely. Clearly, the front of the car took a major hit but the carbon fiber passenger compartment remained intact. Moreover, the rear end of the car along with engine also seems to have survived, sort of.

That said, we’re not sure if this Lamborghini Aventador SV will ever be re-built. Either way, it would adversely affect the value of the car. 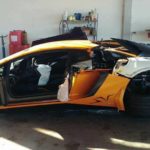 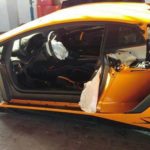 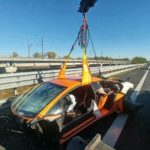 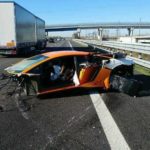 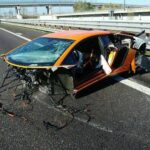