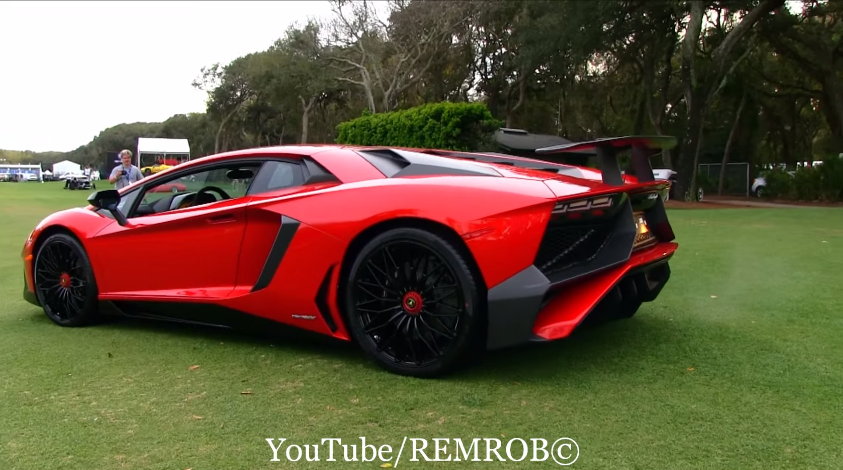 Lamborghini brought the Aventador SV to Amelia Island Concourse d’Elegance this year. It also marked its official launch on the other side of the Atlantic. The Lamborghini Aventador SV LP750-was unveiled at the 2015 Geneva Motor Show.

This new supercar has been the talk of the town ever since mostly because of its 6.5-liter naturally aspirated V12 engine that puts out 750 hp and makes some great noises while doing so. Lamborghini had showcased a yellow colored example of the Aventador SV at Geneva. This one looks even better in a shade of red. The interior too gets contrast red stitching on black leather. The SV is lighter than the standard Aventador and sports a bodykit that not only gives it aggressive looks but also improved overall downforce. The large rear wing is a crucial element of the aerodynamic package and so is the rear diffuser and front splitter.

Have you checkout the Lamborghini Aventador SV Roadster?