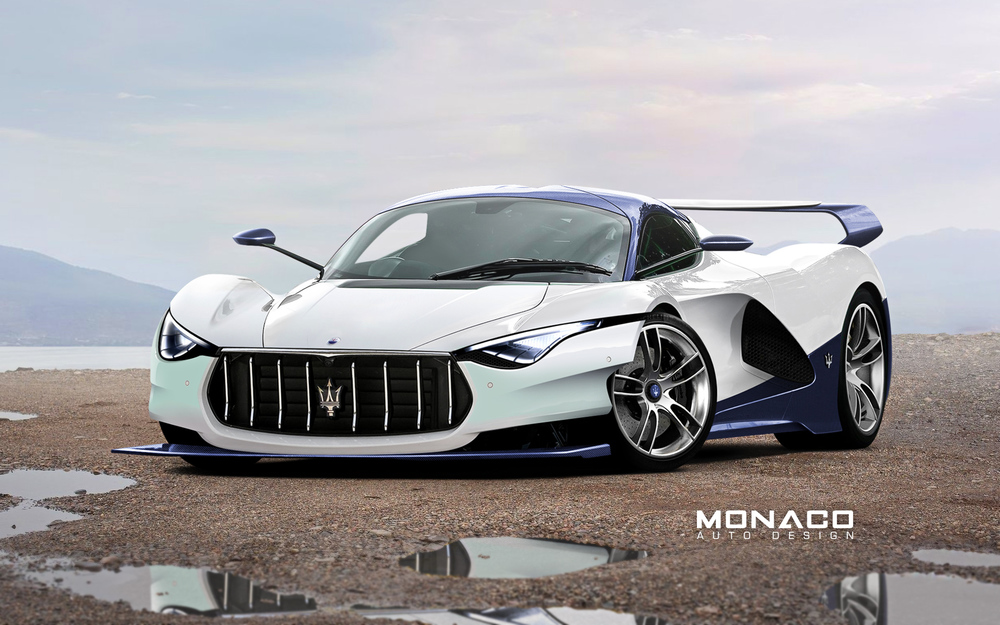 The Maserati MC12 was based off a Ferrari Enzo. A successor to the MC12 could use the LaFerrari’s hybrid platform. This digital rendering by Monaco Auto Design shows how the LaMaserati concept might look like.

The artist has incorporated some of the MC12s design cues into a package that looks absolutely brilliant. The front end is distinctly Maserati and the dual-tone color scheme reminds of its predecessor. Also, note the fixed rear spoiler which also takes cues from the MC12.

Maserati might launch a new supercar to replace the old Ferrari Enzo-based MC12. According to Autocar, the Italian car maker is considering an MC12 successor which will probably feature the same hybrid powerplant and drivetrain as the LaFerrari.

The MC12 was a V12-powered beast and the new “LaMaserati” would get the same V12 treatment, albeit with a HY-KERS or hybrid kinetic energy recovery system. It’s a version of the KERS unit found on modern F1 cars. We can’t wait to find out what Maserati has in store for us.