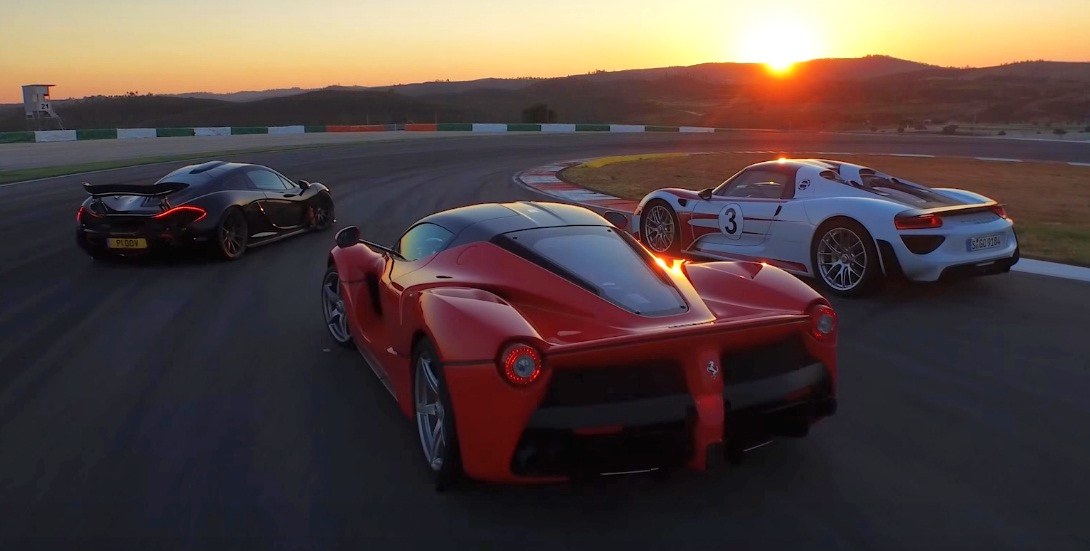 I had a bit of dilemma, really- do I compose a post about the best supercar video of the year or spend the next one hour watching Chris Harris have a foursome with a LaFerrari, McLaren P1 and the Porsche 918 Spyder at Portimao. In the end, I had to watch the video first.

So, Chris Harris is the first person in the industry to produce a three-way test of the so-called “holy trinity” of hypercars and that in itself is quite an achievement. Mind you, these were actual factory cars and not loaned from owners. Even BBC Top Gear was not able to persuade Ferrari and McLaren to lend their cars. That’s how hard it is to gather the three around for a comprehensive track test.

That said, a complete test of the trio of supercars is soon coming up on Amazon Prime’s new motoring show with Jeremy Clarkson and the rest of the ex- Top Gear team. Anyway, back to Chris Harris and now we know that he is not only good at destroying tires but can also be a good statesman for he finally managed to convince Ferrari and McLaren for a shootout- or maybe someone in his team, we wouldn’t know.

We all know by now that the LaFerrari and Mclaren P1 along with the Porsche 918 a truly great supercars. Each crammed with technology. But, each has its own way of achieving greatness. All three are pretty brisk and choosing between them can be a tough task. If I were to make a choice, I would choose the LaFerrari but that doesn’t matter. Which one these will Chris Harris have?

LaFerrari vs McLaren P1 vs Porsche 918- Chris Harris on Cars: