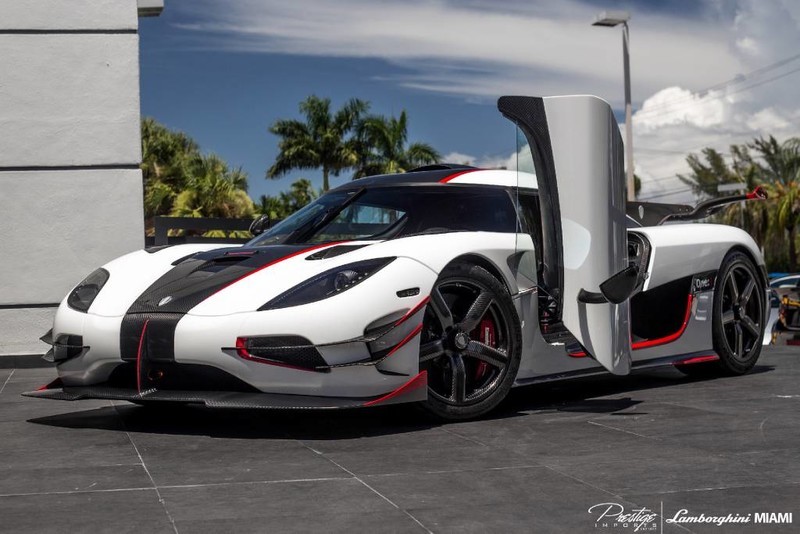 Prestige Imports has listed a 2015 Koenigsegg One:1 for sale. You would expect a hypercar like the One:1 to cost in the millions and out of budget for an average millionaire joe. Well, if that’s what you expect, then you would be right. This low mileage example of the one the world’s fastest production car is apparently priced at $5 million.

Koenigsegg built a total of 7 One:1s out which they retained one and the rest were sold to the public. With only 6 cars out there, this makes it one of the rarest and most sought after supercars. This white example listed at Prestige Imports, Miami is painted white with carbon fiber accents and red details. It has 495 miles on the odometer.

The Koenigsegg One:1 is the world’s first “megacar”. The term was coined for this particular breed of hypercar, since the twin-turbo V8 engine in it produces 1 mega watt of power- that’s 1341 hp. Torque is beefy 1371 Nm which can easily light up the rear wheels with just a twitch of the right foot. Another feature worth mentioning is the world’s first top-mounted active rear wing.

The One:1 is brute of a machine and perhaps the only series production car that goes head-to-head with the mighty Bugatti Veyron.