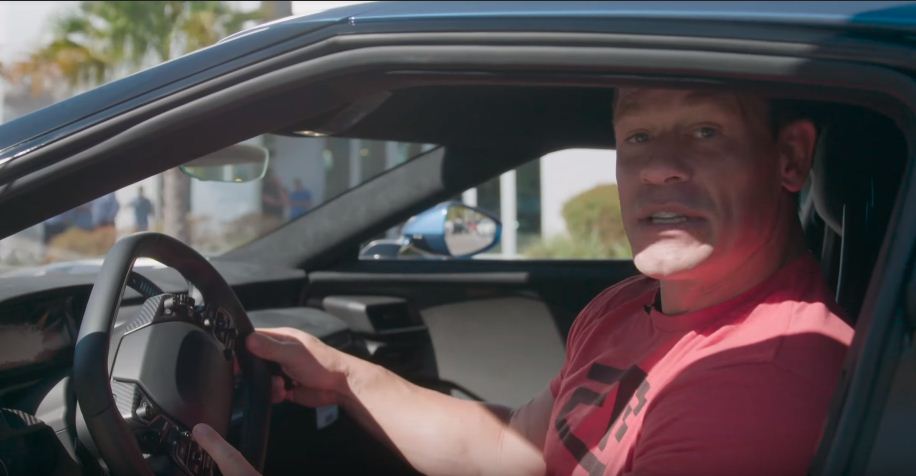 John Cena recently received the keys to his latest supercar. It’s a 2017 Ford GT finished in Liquid Blue. Like his 2005 Ford GT, Cena has gone with simple spec, without the racing stripe. The interior is finished in black featuring unpolished carbon fiber and alcantara.

The street-legal Ford GT is based on the race car that marked Ford’s return to the World Endurance Championship (WEC) and won Le Mans 24 Hours race on its very first outing. It uses a carbon fiber monocoque to keep weight down and advanced aerodynamics including a novel flying buttress solution that helps generate more downforce.

At the heart of the 2017 Ford GT is a 3.5-litre V6 EcoBoost engine. The same block that powers the F150 pickup truck. In the GT, the twin-turbocharged engine produces 647 hp and 550 lb-ft of torque. It is paired with a 7-speed dual-clutch transmission.

The wrestler has quite a collection of supercars and one of them is a rare 2005 Ford GT. Checkout his other video to know what makes it so special.