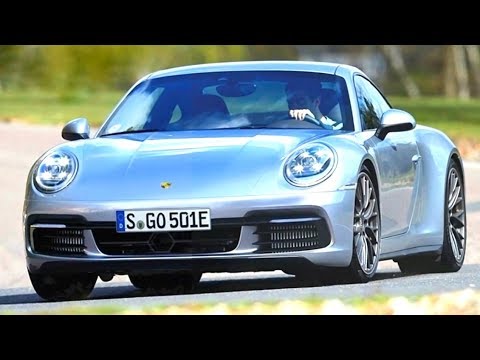 Porsche has been testing the next generation 911 for quite a while now and we will have the first look at the car in a few months. Or have we already?

We have obtained this image, which appears to be an official picture of the 992-gen Porsche 911. It has all the design elements we have seen on the test cars – dual character lines on the hood, four point headlights and a new bumper that looks exactly like the one seen on the test cars. For people who are not too familiar with the 911 design will find it hard to spot any differences from the current car. The design of the 911 has always been given a evolutionary upgrade rather than a revolutionary one. Hence, the basic form stays the same.

In terms of performance, The 992 generation is expected to gain 30 hp, which means the Carrera will boast around 400 hp and the Carrera S 450 hp. Also, it has been confirmed that the PDK transmission will evolve from a seven-speed unit to an eight-speed configuration. While the twin-turbocharged six-cylinder engine powering the 911 Turbo will deliver around 600 hp, the figures on the Turbo S will likely jump to around 630 hp. However the big news is the addition of Hybrid models which are slated to be released at the middle of the 992-gen life cycle.

Since, we have no confirmation whether its the real car in the image, there’s the probability that it could be a rendering. If it’s a rendering, it’s a very precise one and looks very close to what we can expect from the real thing.

We have also obtained new information from the Rennlist forum concerning the launch schedule of the 992 series. According to a user on the forum, the 992 Carrera and Carrera S variants are going to be revealed at the 2018 Paris Motor Show in October followed by the Cabriolet in January. The 992 Turbo an Turbo S Models are slated to be launched a year later.

A few months back, the following image showing the rear end of the upcoming Porsche 911 had leaked.

Exclusive: Lamborghini will not build a Huracan STO Spyder