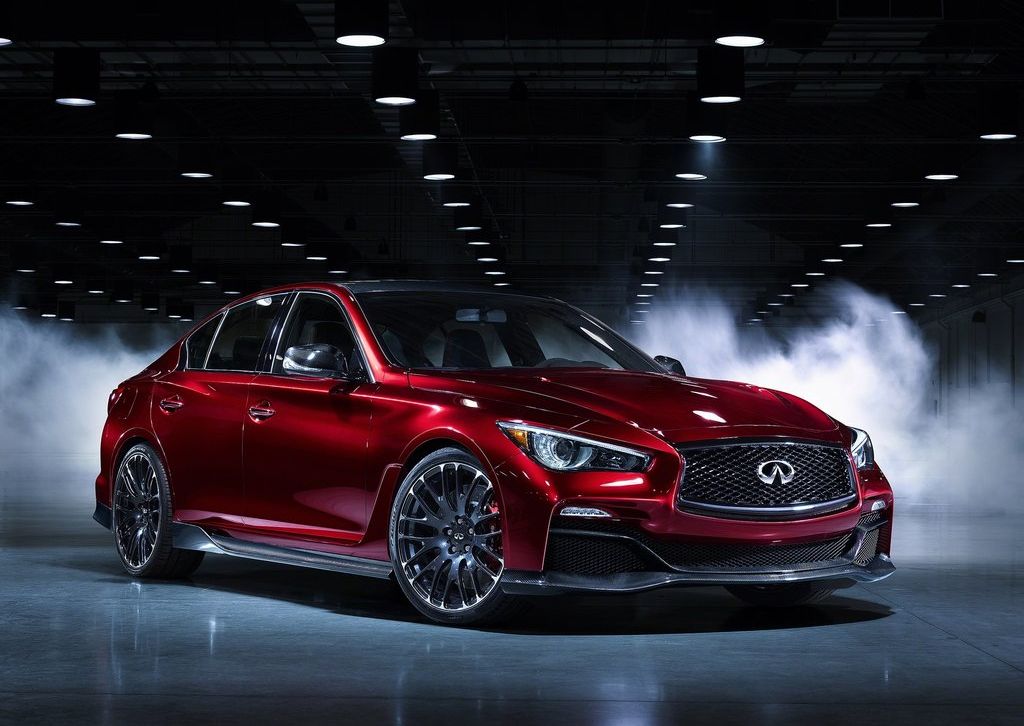 Infiniti a subsidiary of Nissan wants to be taken more seriously by those who look for sportiness in their four-door business saloon. The Germans have it all figured out and rule the segment with three unique masterpieces. The Mercedes-Benz E63 AMG, BMW M5, Audi RS6 are the names that come to mind when you talk about sporty saloons. More recently, Jaguar too has joined the party with the XFR. Infiniti has based their sports sedan on the Q50 and they call it the Eau Rouge- after the famous bend at the Spa Francorchamps GP track. That said, the Infiniti Q50 Eau Rouge is still a prototype. Yet, there’s substantial enthusiasm about the car in the market which is why the company let a select group of journalists drive it on a close course in the UK. EVO Magazine got behind the wheel of the Q50 Eau Rouge at Millbrook. The car is famous for its engine which has been directly lifted from a Nissan GT-R. The 3.7-liter twin-turbocharged V6 gives it the fire power required to take on the likes of the BMW M5.

While, the Nissan GT-R uses a highly advanced all-wheel drive system, the Eau Rouge has a more conventional one and instead of dual-clutch gearbox, the prototype is fitted with a simple automatic. The car also needs quite a bit of suspension tuning to get rid of the understeer. Apart from that, the Infiniti Q50 Eau Rouge seems like a pretty descent package. Checkout the video after the jump.