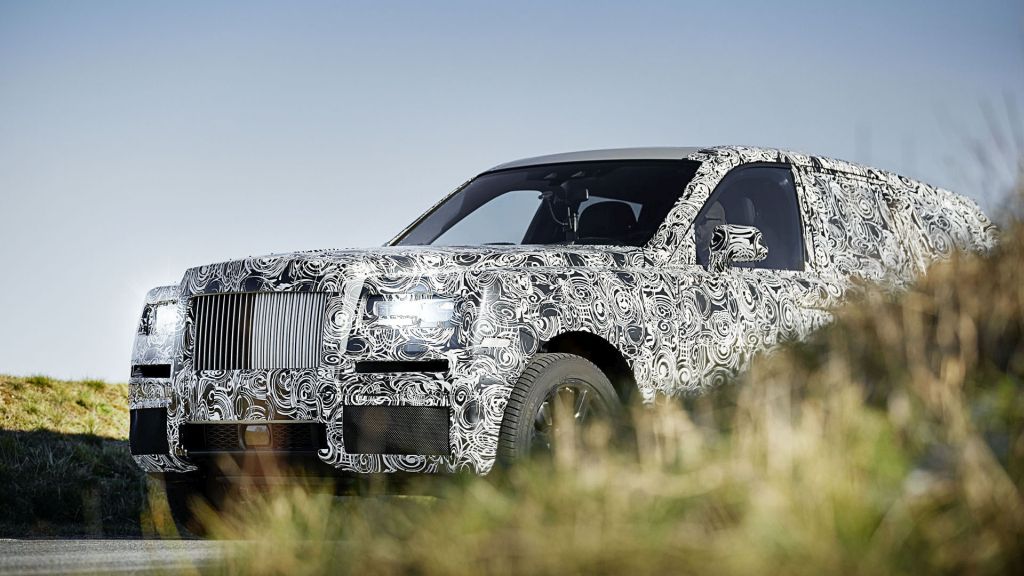 Rolls-Royce has released first official spy shots of their upcoming luxury offering. The Rolls-Royce Cullinan has been revealed in its final production body, albeit sporting camouflage at this stage. That said, we will soon see the premium luxury SUV/ station wagon slowly lose its psychedelic paint job and reveal its true shape.

Key design features on the Rolls-Royce Cullinan include the prominent grille sitting proud up front. The slated grille sits almost vertical flanked by handsome headlight clusters on either side. The raised ride height is clearly evident from the images, however Rolls-Royce hasn’t revealed the rear end of the new model yet. That said, it will definitely be as stately as the rest of car.