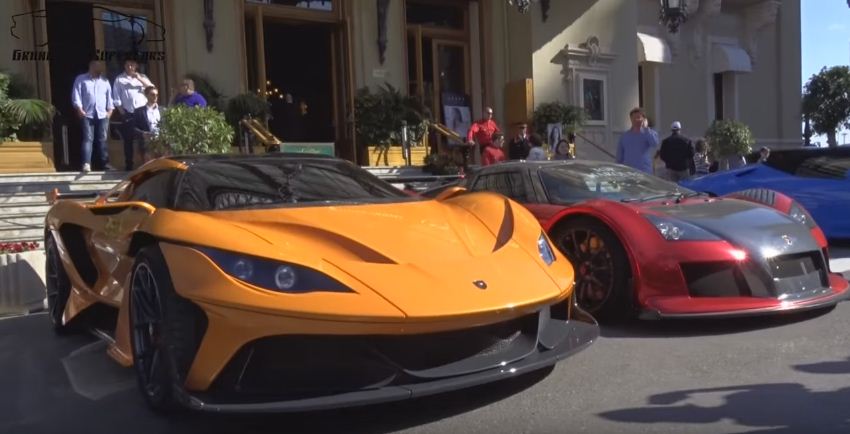 Monaco in the south of France has the highest number of supercars per capita. With some many millionaires living in such a small patch of land on the Mediterranean coast spotting rare exotics is not that difficult.

German supercar maker Gumpert launched the Arrow at the 2016 Geneva Motor Show. Monaco seems to be the right place to put their car on display. But, when this Gumpert Apollo Arrow arrived in Monaco it wasn’t the most graceful of arrivals as you’ll see in the video below.

Obviously, the crowd would’ve hoped to hear the sound of the 4.0-liter twin-turbo V8 which in the new Apollo Arrow makes 1000 hp and 740 lb-ft. Instead, all you can hear is winch pulling the car off the flat-bed.