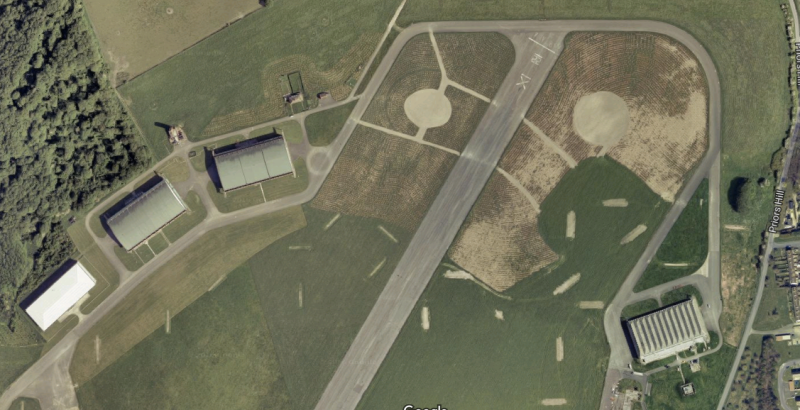 So, how many of you watched the first episode of The Grand Tour? If you did, I’m sure you enjoyed every bit of it. But, did you notice that The Grand Tour also has their own test track?

The Grand Tour test track, much like the Top Gear test track is a disused RAF airfield. RAF Wroughton in Swindon will host all the track tests that we will see in future episodes. The guys call it “Eboladrome” because it’s shaped like the Ebola virus.

If you remember, the Top Gear test track also known as Dunsfold Aerodrome in Surrey had a figure of 8 configuration. The Eboladrome is very different and consists of a few 90 degree bends where the tarmac loops around a couple of hangers, a hairpin turn and long straight.