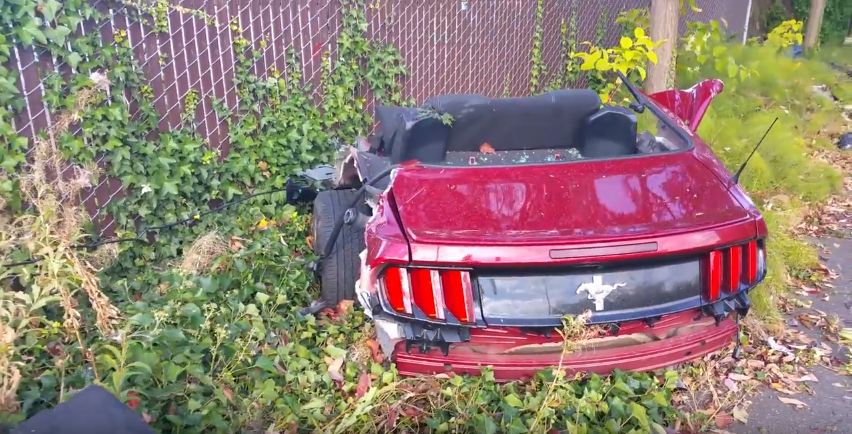 A 2015 Ford Mustang crashed in the Ballard area of Seattle today. A rental Ford Mustang was travelling at a high rate of speed when the driver lost control and hit a roadside light pole. The impact was so hard that it split the car into two parts.

Surprisingly, the driver escaped with just a laceration to his head. More details have emerged about accident since then. Apparently, the Mustang was travelling at 90 mph on a road with a 30 mph speed limit. The impact ripped the car into bits. The following video was shot about 25 minutes after the crash and shows the full extent of the damage. Looking at the horrendous scene of mangled metal, it’s quite obvious that the driver has had a very lucky escape.

Ford Mustang crashes; splits in half on impact: