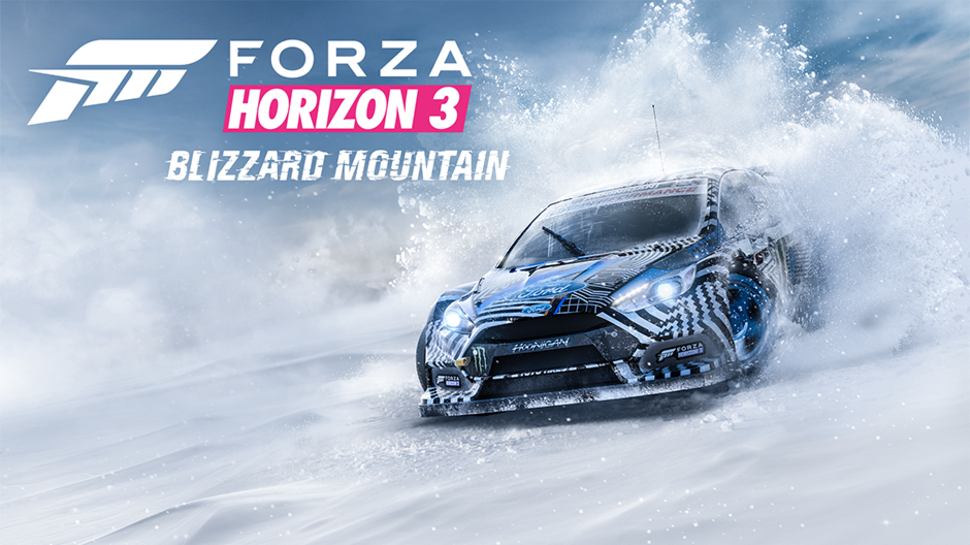 Forza Horizon 3 Winter Expansion Pack will be released on December 13 adding a brand new area to the map along with new weather, terrain and of course, additional vehicles. For the first time, players will be able to race up Blizzard Mountain where the warm and dry weather of the Outback gives way to a snow and ice- an ideal place to perfect that Scandinavian flick.

Turn 10 Studios has added 8 new vehicles including the Ford Focus RS RX from Gymkhana 9, 2016 Nissan Titan Warrior Concept, classic rally cars, etc. The cover car though is the Focus RS RX which is a rally cross monster based on the Focus RS with double the horsepower and was driven by none other than Ken Block. Now, players will also get a taste of what’s it like to drive Ken Block’s Gymkhana machine.

Blizzard Mountain offers players a new set of challenging terrain including a massive frozen lake and an extreme sports snow park. A hidden Barn Find has also been added to map. So, good luck with finding that.

Forza Horizon 3 Winter Expansion Pack is priced at $34.99 but Ultimate Edition owners are eligible for a discount of $10.