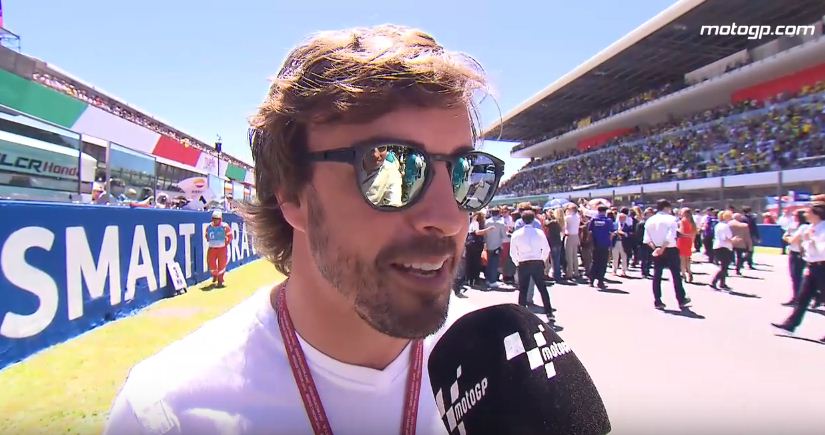 The MotoGP circus was at Mugello this weekend for the Italian grand prix. Jorge Lorenzo won the race by 100th of a sec from Marc Marquez. Like most premier class events, the grand prix did attract some high profile visitors.

McLaren-Honda F1 driver Fernando Alonso paid a visit to see the daredevils on two wheels in action. When asked about sport, the two times F1 world champion said, “MotoGP riders are heroes”. Those are some words of praise from a man who spends his weekends at 200 mph.

Mugello one of helluva racetrack, that’s for sure. Riders reach speeds in excess of 200 mph on the main straight before the braking zone for turn 1. In fact, during the race Andrea Iannone became the first rider to break the 220 mph barrier.