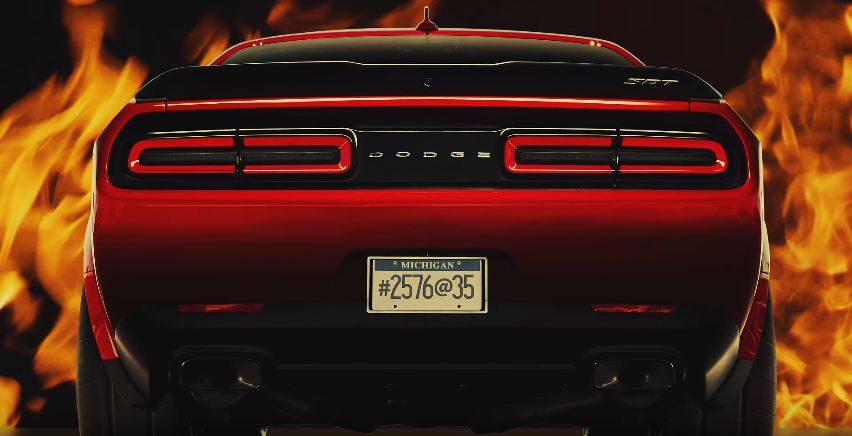 Dodge has dropped the third teaser in its twelve part campaign today. The video shows a Challenger Demon smoking its tires. Speaking of which, the Demon will have the widest front tires ever fitted to a production car.

Dodge has also left us wondering about a cryptic code in the following video. The short clip ends with a rear-view of a Challenger Demon bearing a license plate that reads- #2576@35. Can you decipher the message in the video? If so, let us know in the comments section below.

Dodge has released another video of the Challenger Demon. The following teaser video reveals that the Demon will be 200 lbs lighter than the Hellcat which, let’s be honest is a 2 tonne machine.

Dodge is working on an even bonkers version of the Challenger Hellcat. Anything over 707 hp sounds scary and hence its been aptly named Challenger Demon.

The Challenger Demon is expected to debut at the 2017 New York Auto Show in April. So, keep watching this space for all the latest.

But before you go, let’s us know what you think will be ideal horsepower for the Challenger Demon. Of course, it will be a supercharged HEMI V8 with upwards of 707 hp, but how much more can it take?