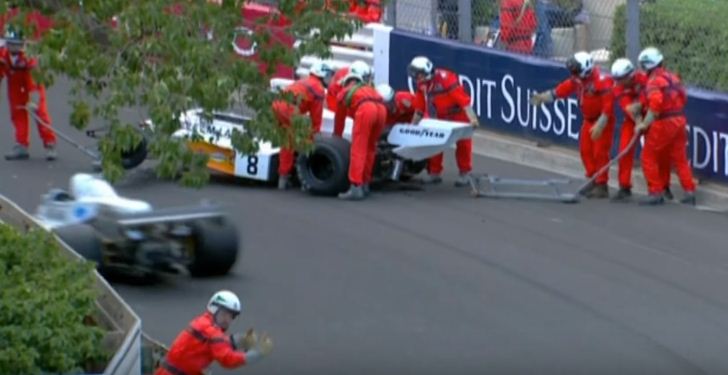 Monaco Vintage GP grand prix was held last week as a run up to the 2016 Formula 1 World Championship round to be held later this week.

During the race the #8 McLaren driven by Stuart Hall and a Tyrrell crashed which brought out the safety car. While the track was being cleared using a mobile crane, disaster struck! The crane dropped the #8 McLaren F1 car on to the racetrack causing more damage. Fortunately, the driver was in the car when it was being craned out of the way.

Now, incident took place when the race was about to resume and the safety car was coming into the pits. As the safety car scrambled back out to control the field, there was more carnage as you can see in the video below.