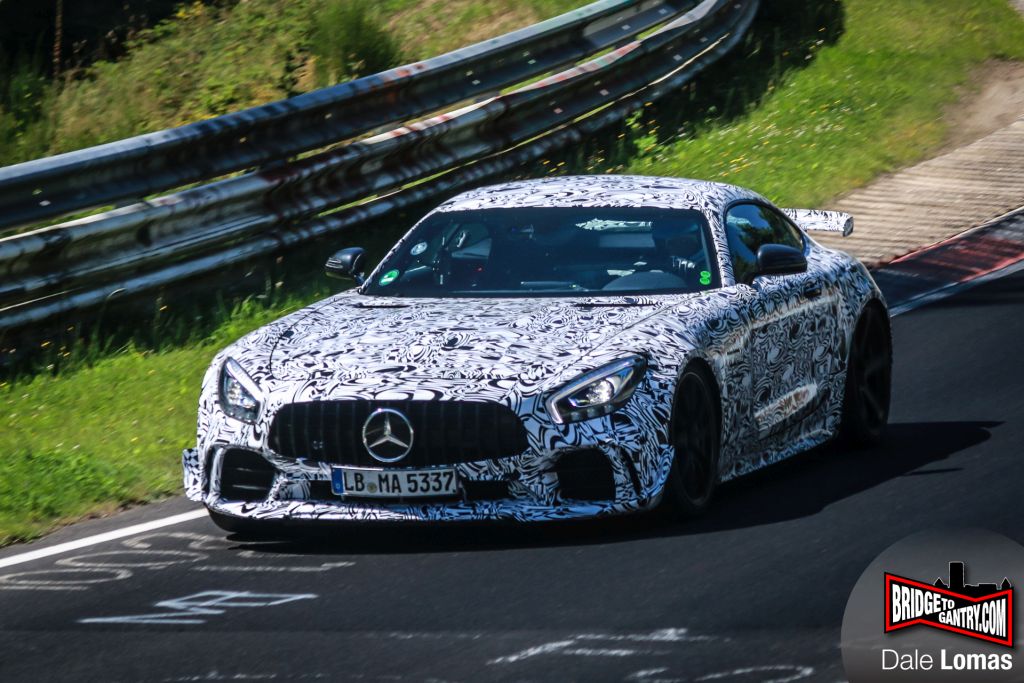 It is now confirmed that Mercedes-AMG is developing an AMG GT4 racer. First sketches of the track car were published on their official Instagram account recently. Therefore, we can conclude that the prototype spotted at the Nurburgring is of the AMG GT4.

Mercedes-AMG is now in the process of developing a GT4 race car! The AMG Customer Sports division continues to grow as the revolutionary new GT4 is added to an already outstanding stable of machines. This new vehicle will incorporate design and engineering elements based on the Mercedes-AMG GT R that was launched earlier this year. As with any Mercedes-AMG product, our newest “top athlete” will be designed with the highest level of safety and user-friendliness in mind during the development process. Stay tuned for more updates as this project continues! #MercedesAMG #AMG #GT4 #GTR #DrivingPerformance #Performance #Power #Passion #Luxury #Lifestyle #Cars #CarsofInstagram [Fuel consumption combined: 11.4 l/100 km | CO2 emission: 259 g/km]

Mercedes-Benz has already announced its plans for an AMG GT Black Series. This sporty version of the AMG GT is expected to arrive in 2018. That said, a prototype was recently spotted at the Nurburgring which leads us to believe that the development of the Mercedes-AMG GT Black Series is well underway.

Dale Lomas of BridgetoGantry.com snapped this test mule lapping the Nurburgring Nordschleife. Could the hot new AMG GT that we’ve been waiting for or is it something else?

The prototype can be seen sporting a rather aggressive bodykit, somewhat similar to the AMG GT R. That said, up on close examination it is clear that this prototype has a much more focused aerokit. It has revised front end with larger canards and an equally big rear spoiler.

The upcoming Mercedes-AMG GT Black Series will be powered by the same 4.0-liter bi-turbo V8 with close to 600 hp. Like its Black Series predecessors, the new model is expected to see limited production.