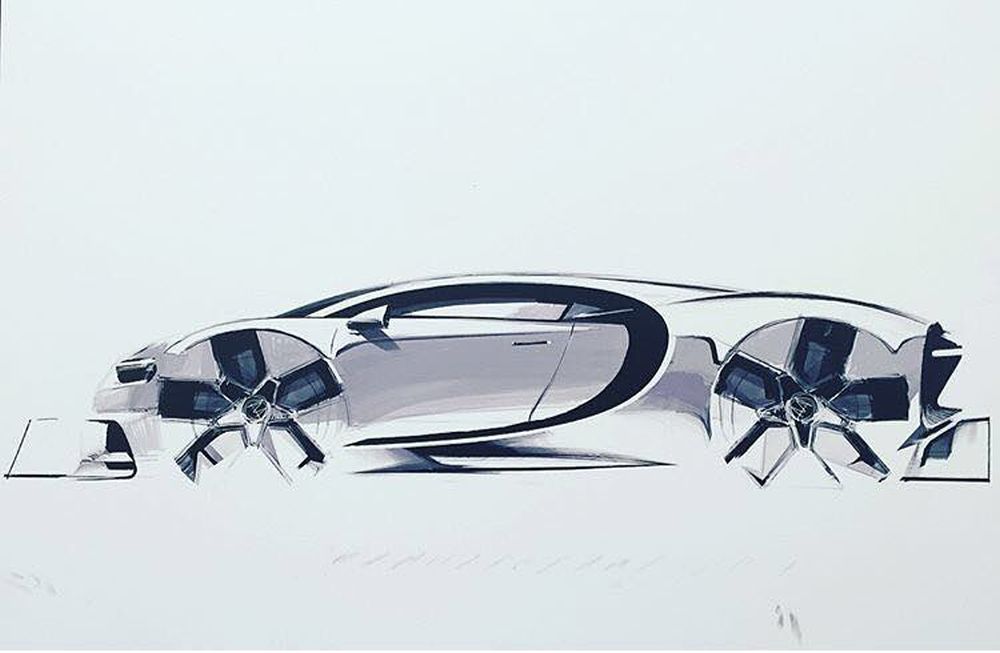 Bugatti has showcased a new supercar at a private event in Los Angeles. We now know that it is called the Chiron Divo.

Update: Chiron Divo will be unveiled at Pebble Beach in August 2018. For more details checkout our exclusive report here.

Before being replaced, Bugatti’s former CEO Wolfgang Durheimer had been hinting on a new model for the brand. However, after new boss Stephen Winkelmann took over, things have been relatively silent. Now, a video uploaded on Whitesse JR channel on Youtube suggests that a new variant of the Chiron or even a brand new Bugatti model might have finally been showcased to prospective customers.

The private event took place at Beverly Park – one of the most expensive neighbourhoods in LA. The event venue, was packed with Rolls Royces, Range Rovers, Bentleys and Lamborghinis of invitees. A few Bugattis were also present inside the mansion, including the Chiron Sport. Now, what happened inside is anyone’s guess since cameras were strictly prohibited and invitees were made to sign an NDA by Bugatti.

A few options can be outrightly ruled out. It definitely wasn’t a Chiron successor, since the Veyron replacement has only been revealed two years ago and a part of its 500 car production run is yet to be spoken for. Also, the new car is definitely not a Super Sport version since the Chiron Sport has been only revealed a month ago.

As many people over social media are speculating, the new car isn’t a hybrid version of the Chiron either, since the Chiron is already a 1500 hp car and adding batteries wouldn’t lead to much gains in performance. Instead, it will only add to the weight and that’s the last thing the Chiron needs. Moreover, Stephen Winkelmann has never been too keen about hybridization on his stint at Lamborghini.

Our hunch is that the new car might be a four door Bugatti. This is one idea both the former and the current CEO of Bugatti have taken interest in publicly. Winkelmann was responsible for the Urus at Lamborghini and a four door saloon was one of the options Durheimer had suggested.

“It is going to be a very controversial car” is the only comment the Youtuber makes in the video. On social media, he goes by the name of Whitesse Jr. He owns a Bugatti Veyron and the Koenigsegg Agera RS1.

What’s your guess? What was the car that Bugatti was so keen to reveal its prospective customers in private? Let us know in the comments section below.