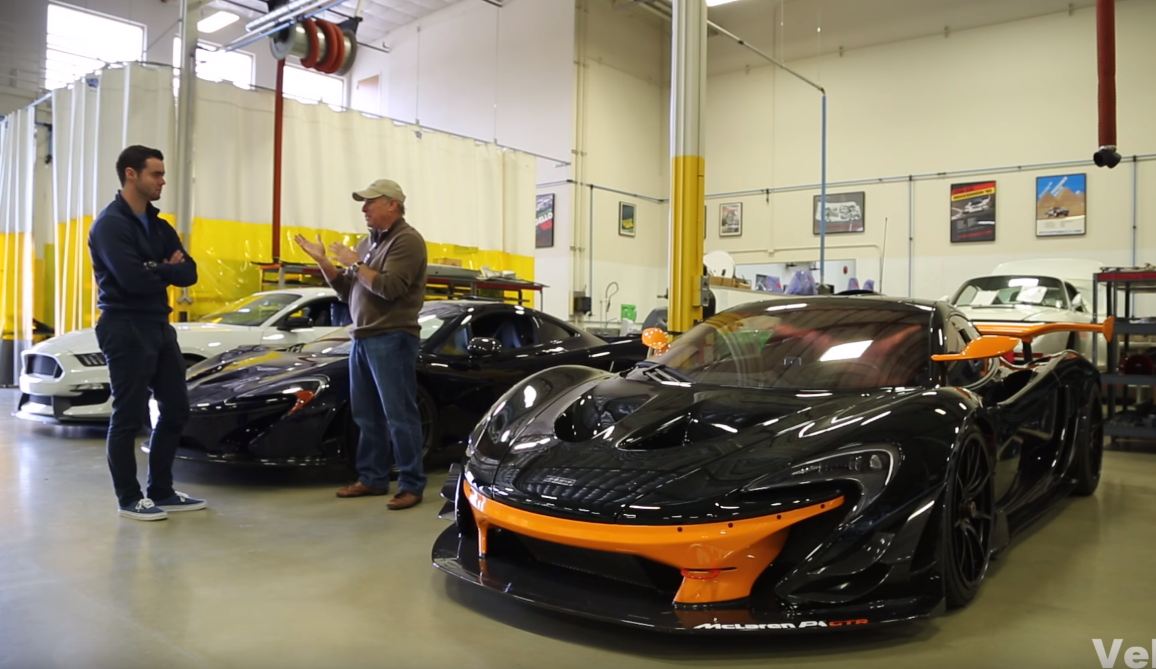 If you are into supercars, racing cars or fast cars in general, you might have heard about Bruce Canepa and his car collection. Recently, Bruce took delivery of a Mclaren P1 GTR – one of its kind in the US. In a previous post we shared a video of the car when it was being offloaded at a showcase event somewhere in California. Vehicle Virgins caught up with Canepa to talk about his love for McLaren supercars.

Canepa ordered his McLaren P1 GTR in a specially formulated dark shade of British Racing Green with McLaren Orange accents. He prefers a more understated look for his supercars and hence the color. For the same reason, his road-legal P1 too is painted in a bespoke shade of blue. Being a racing driver,  Bruce Canepa spends most of his time at a race track. That said, he doesn’t intend to take the P1 GTR to a track anytime soon. Like most car collectors, he thinks the P1 GTR as a great investment and hence would like to maintain it in mint condition.

The Mclaren P1 GTR is a track-ready supercar with a 3.8-liter twin-turbocharged V8 producing close to a 1000 hp. It is lighter than its road legal version and has more downforce from its fixed rear wing, larger splitter, diffuser and the overall aero package.