The new Brabham BT62 has some figures to give its rivals from the supercar world a run for their money.

Brabham Automotive recently showcased the Brabham BT62 at Phillip Island in Australia. The track-only supercar was unveiled earlier this month in London. On its first track outing, the BT62 has come out with flying colors, setting a new track record at the Phillip Morris track, indicating that it is here to shake up the world of hypercars. 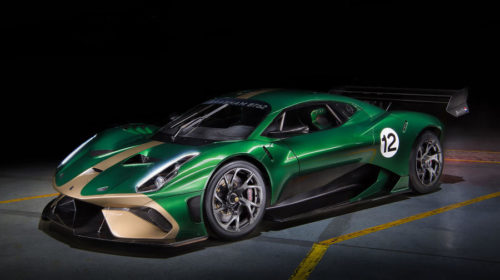 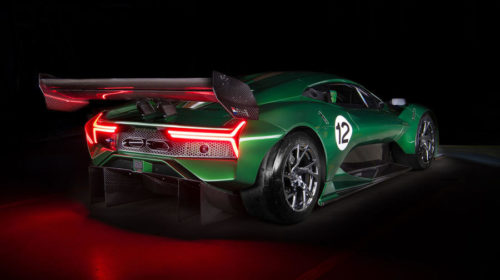 As with every other supercar, the Brabham BT62 is extremely lightweight and powerful as well. The 2,142 lbs Brabham BT62 sources its power from a naturally aspirated mid-mounted 5.4-liter V8 engine, which belts out 700 hp and 492 lb-ft of peak torque. One of the finest features of the supercar is that it features an extremely aerodynamic spoiler which helps produce almost 1200 kg of downforce. However, as far as performance numbers like acceleration and top speed are concerned, Brabham hasn’t officially announced them yet. But, considering the extreme power-to-weight ratio, they are bound to be high.

Apart from the monstrous engine, the Brabham BT62 uses a fine chassis setup, which includes pushrod-actuated adjustable Öhlins dampers with coilover springs, adjustable motorsport traction control system, carbon brakes from Brembo and competition slick tyres from Michelin. Brabham has officially stated that only 70 units of the BT62 will be made, thus making it an exclusive machine. The supercar will be built at Brabham’s manufacturing facility in Adelaide, Australia and deliveries will start later this year.

David Brabham said, “Our intent was to produce a car which re-established the connection between vehicle and driver, without compromising performance or safety. It had to be faster than the current breed of GT racing cars, but balance outright performance with durability. From my very first drive, it was clear that we had created something really special.”