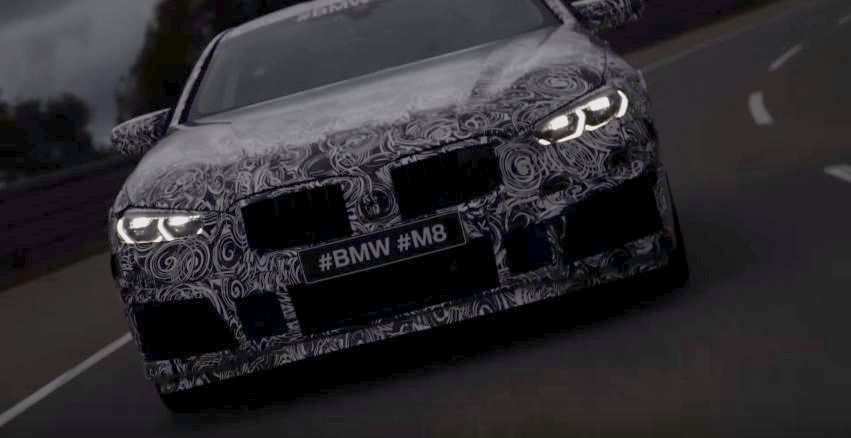 BMW M8 is real and it will be unveiled at the M Festival 2017. BMW have released a teaser video featuring the much anticipated M8.

The video doesn’t much of the car itself. That said, the headlights are clearly reminiscent of the 8 Series Concept which was showcased at Villa d’Este. Also, look closely, and the inverted twin-kidney grille is evident. Moreover, the biggest hint is the license plate which reads, “#BMW #M8”.

The video description reads, “Camouflage can’t simmer down excitement. Stay tuned for tomorrow as we accept the challenge and put the icing on top of BMW’s definition of the sporting spearhead at the M Concours on Saturday. #TheMFestival”.

The M Festival is being held from 26-28 May, 2017 at the Nurburgring. It takes place on the sidelines of the annual Nurburgring 24 Hours race.

For all the latest updates on this story, keep watching this space. In the meantime, checkout this BMW M8 rendering by Peisert Design