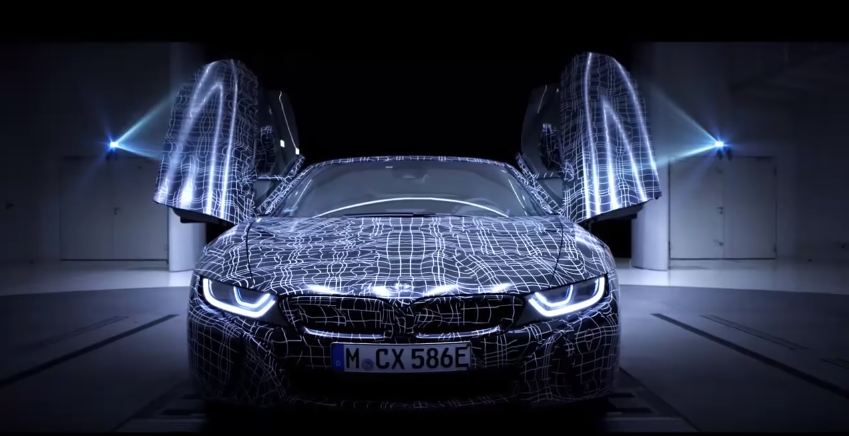 BMW has released a new teaser video of the upcoming BMW i8 Roadster. It’s an open-top version of the i8 hybrid-electric sports car which is due for launch in 2018.

Prototypes of the i8 Roadster have been spotted testing on the streets in Europe and at the Nurburgring. Meanwhile, recently BMW CEO Harald Kruege confirmed the sports car during an interview with Reuters.

According to the brand’s top boss, the new i8 Roadster will feature an updated styling package along with an improved powetrain. It will continue to use the 1.5-liter 3-cylinder Mini-derived engine but with revised internals and with more performance.

The first i8 Roadster teaser video doesn’t reveal much, but it does give us the best look yet of the upcoming drop-top hybrid-electric sport car.