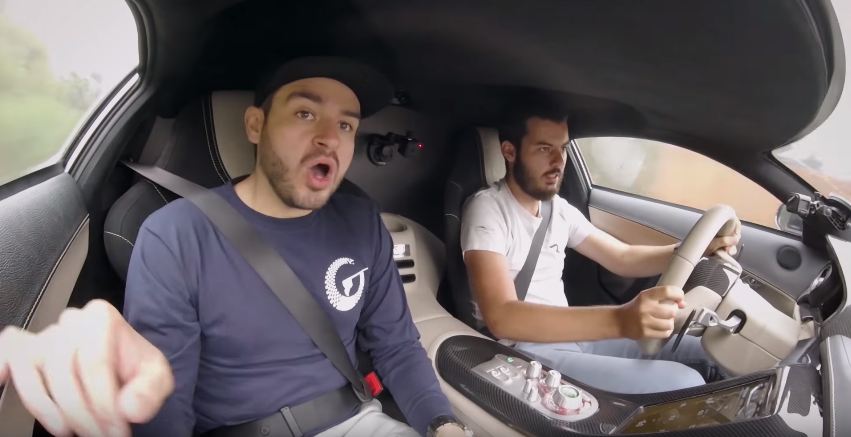 Salomondrin got an in-depth introduction to the Rimac Concept One during Pebble Beach this year. Mate Rimac’s awesome creation now features in the new Bangin Gears episode along with a Lamborghini Reventon. Another interesting bit from the show is the drag race between the Rimac Concept One and Alejandro’s Porsche 918 Spyder.

If you haven’t watched the first part, you can watch it here. In the second installment, Salomondrin rides shot gun with the genius creator of the Concept One and gets properly stunned.

The Concept One is a 1088 hp all-electric supercar with four motors on each wheel. Its a complicated system which uses an equal number of gearboxes including two dual-clutch twin-speed gearboxes at the rear wheels. If you think your Tesla Model S P90D is quick, you haven’t yet experienced the full potential of an all-electric setup. The Rimac Concept One is out to set standards for the world of electric cars. So, don’t miss part 2 of Bangin Gears.

Also, if you want to support the producers of Bangin Gears, you can purchase the full episode here.