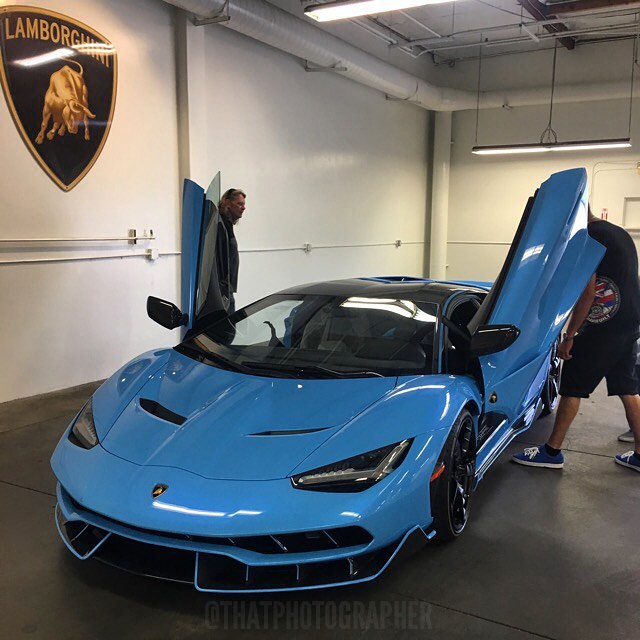 This is Centenario no.4. The last of the Lamborghini Centenario coupes has been delivered to its owner in the US. The limited edition supercar arrived at Lamborghini North Los Angeles yesterday taking the total number of Centenarios in the LA area to 3.

A yellow Centenario was recently delivered in Beverly Hills and not too long ago @dan_am_i took delivery of his exclusive Lambo. The first Centenario to arrive in the US went to a collector in the New Jersey area. Spencer Berke (@thatphotographer) was at the location where the supercar was literally unboxed from its wooden case.

The Centenario looks insane finished in Blu Cepheus, I must say. Actor/Musician @hawaiibrad who owns this beauty has certainly killed it with the spec on his Centenario. Do checkout his supercar collection on Instagram.

Also see: Centenario gets pulled over in Beverly Hills