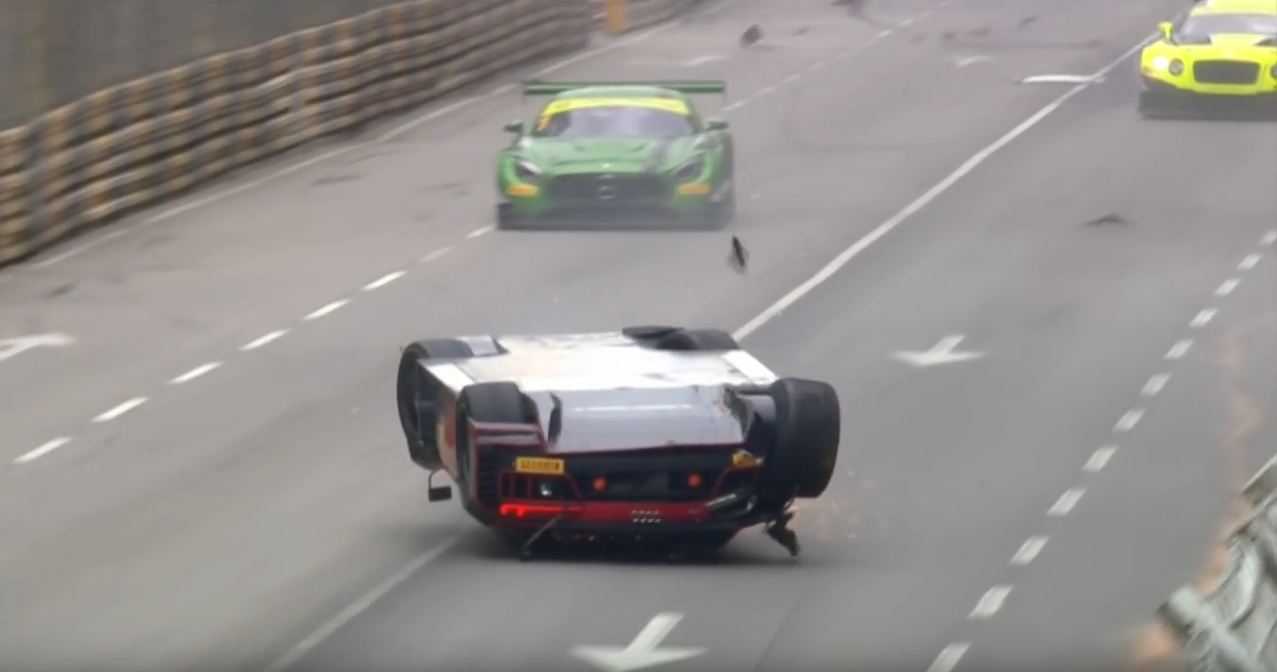 Laurens Vanthoor’s Audi R8 LMS was involved in a big crash at the FIA GT World Cup 2016 race held at the Macau street circuit. Vanthoor’s Audi R8 LMS did a back flip and landed on its roof. The incident brought out the red flag suspending the race. However, the race never got underway due a delays and the winner was decided based on the result of the previous lap.

Vanthoor was leading the race on the lap before the red flag which meant the driver who crashed was awarded the win. Here’s what he said after the race-