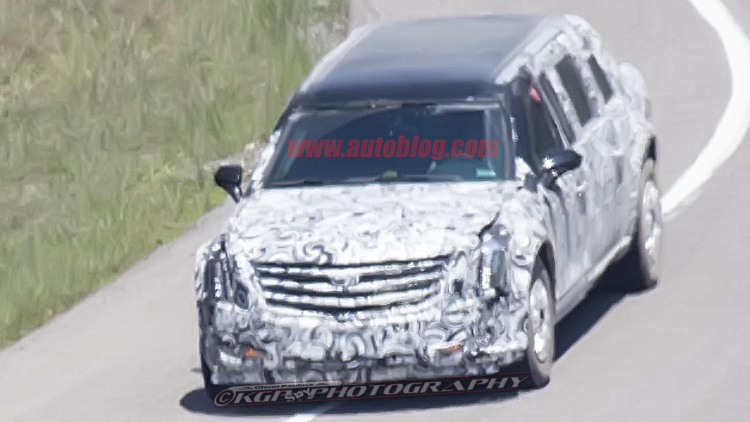 As America goes to polls to decide the next President of the country, General Motors is busy preparing the Presidential limousine. It’s is called the Beast 2.0 and it’s an upgraded version of Barack Obama’s limousine.

In few hours, America will decide whether Hillary Clinton or Donald Trump takes the role of Commander in Chief. Meanwhile, a new and secure limousine is being prepared for whoever walks into the White House next. Like its predecessor, the Beast 2.0 is based off a commercial truck chassis. The upgraded ‘Beast’ gets a new front fascia that borrows cues from the Cadillac Escalade and the latest CT6 sedan.

The Beast 2.0 gets revised LED lights all around along with a shark-fin antenna. Aesthetics aside, the Beast 2.0 is built like a tank. It’s built to withstand multiple grenade strikes and high-velocity rounds among other ordnance. More details about the Beast 2.0 will emerge when the enters service. Until then, here are a few spy shots of the prototype Beast 2.0.