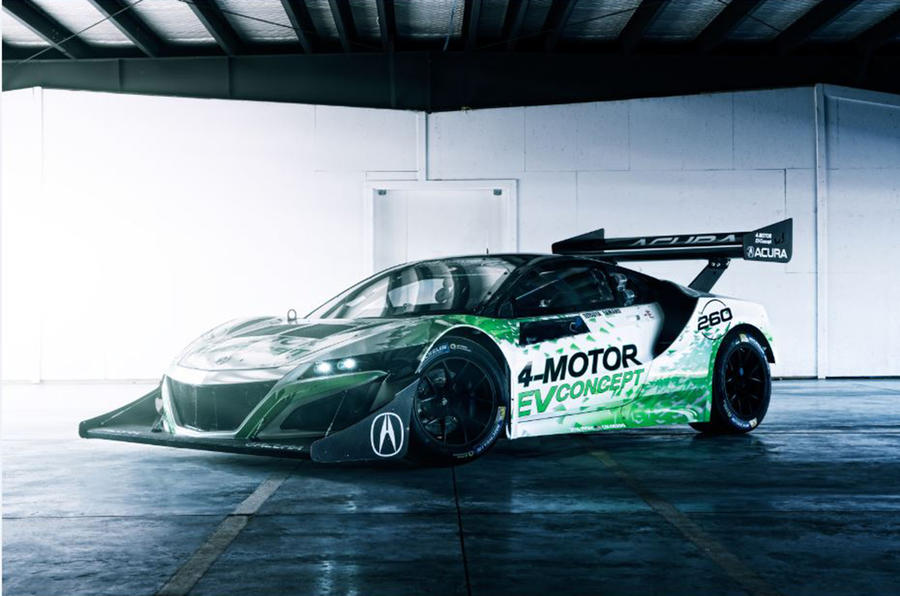 Acura will compete in the 2016 Pike Peak International Hill Climb event in Colorado later this month. An all-electric prototype Acura NSX EV will also take part in this year’s event.

The Acura NSX EV Concept is powered by a four electric motors- a pair on each axle. It will attempt to up the 12.42 miles course in record time on June 26.

“Pikes Peak is like no other race in the world and offers a unique opportunity to showcase the power and performance of our products,” said Jon Ikeda, vice president and general manager of the Acura division.

“We are excited for this year’s ‘Race to the Clouds’ to test the endurance and engineering of the Acura NSX and our advanced powertrain technologies – as well as an expression of our racing spirit.”

The zero-emissions concept will be joined by two lightly modified NSX road cars. Drivers James and Nick Robinson will pilot Time Attack 1 and 2 class vehicles based on the production-spec Acura NSX.

Both cars are powered by an all-wheel drive hybrid consisting of three electric motors and V6 petrol engine. While Class 1 allows for performance enhancements and a high-flow racing exhaust, the class 2 NSX will be bone stock with a few safety addons.