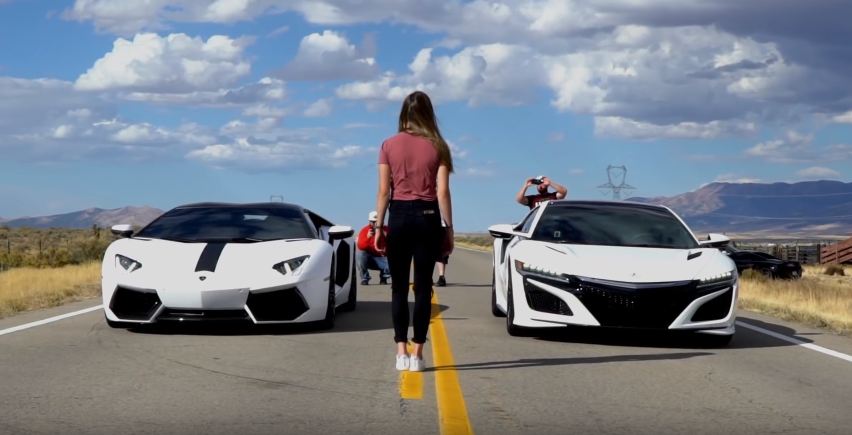 A 700 hp Lamborghini Aventador is not the supercar which comes to mind when you think of the 2017 Acura NSX. It’s impossible to compare these two on specification or even price.

The Aventador Pirelli Edition featured in this video is powered by a naturally aspirated 6.5-liter V12 which makes 691 hp. It has all-wheel drive and uses a 7-speed single-clutch transmission.

The new Acura NSX on the other hand has a puny 3.5-liter V6 engine with twin-turbos that boost power output to 573 hp- no where near the Lamborghini’s performance. The NSX does have three electric motors providing instantaneous torque from the get go.

More importantly, the NSX is much lighter, weighing in at around 1700 kg compared to the Lamborghini’s 1900 kg. Also, the NSX has a more modern 9-speed dual-clutch transmission which shifts faster than the single-clutch unit in the Lambo.

Acura NSX destroys a Lamborghini Aventador in a drag race: