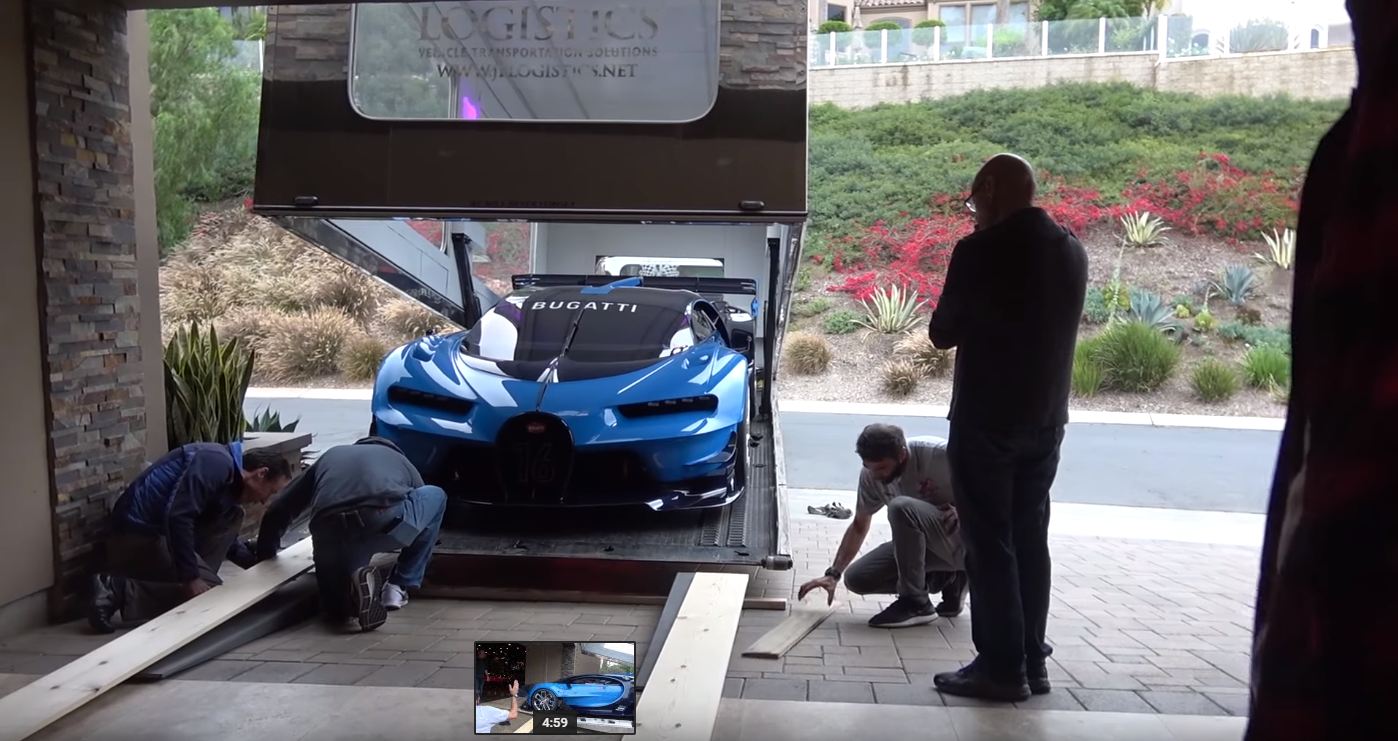 The Bugatti Vision GT concept was first showcased at the 2016 Geneva Motor Show. It was never meant to be a road car and Bugatti had no plans of selling it either. But, when a Saudi prince approached Bugatti with an offer to purchase the concept car, the company probably couldn’t ignore the offer. After spending a year in Saudi Arabia, the car has now switched hands.

The Vision GT concept arrived in Los Angeles recently. The car was bought by a person who also owns the famous Veyron Hellbug. Also, he recently took delivery of his Chiron Hellbee. While, the Vision GT looks spectacular, it can’t be driven on public roads. In fact, the carbon fiber bodywork is so extreme, they had trouble getting it off the transporter.

Now, you might be wondering how much a one-off concept car like this would cost. Well, Prince Badr bin Saud bought it for an undisclosed amount, which we suspect could be a lot higher than a standard, road-legal Chiron. We can only how much the current owner paid for it.

Bugatti Vision GT arrives in the US: